Victoria out to regain title at National Indigenous Cricket Championships 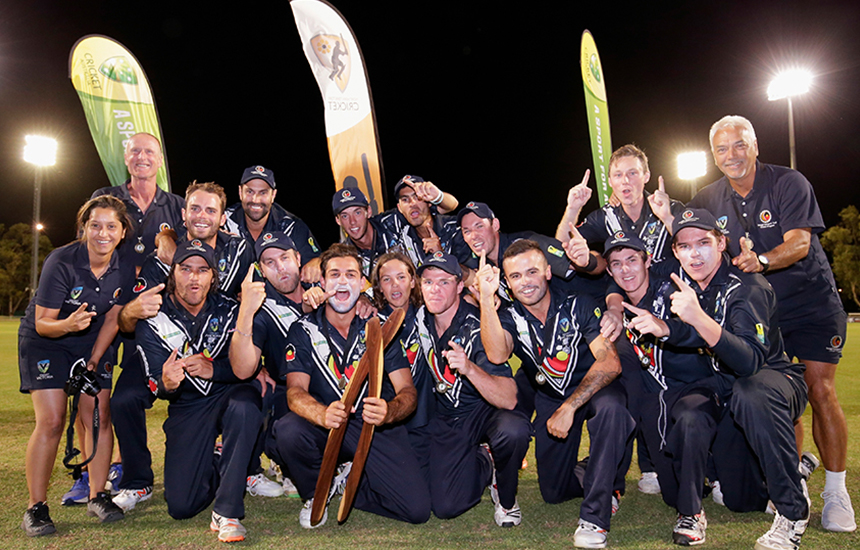 Victoria will have its 100th player represent the state since the beginning of the Imparja Cup and NICC with four new players this year. We welcome debutantes Josh Nanson, Jack O’Shea, Tya Fry & Crystal Williams.

The Men’s team will be looking to regain the title they won in 2017 and feature enough quality players to have a great chance this year with 14 players from premier and community cricket in the squad.

Players to watch for the men’s team are Damon Egan, Nick Boland and Ash Sweet,

Both Egan and Boland were selected by Cricket Australia in the 2018 Aboriginal XI that toured the UK alongside BBL star Dan Christian and Victorian quick Scott Boland.  Sweet has been impressive in premier cricket, averaging 17.59 with the ball, with best figures of 7/36.

The women’s team will also be looking to have a strong tournament featuring 12 players from premier and community cricket.

Young guns Molly Ward, Merinda Hale and Emma Mannix-Geeves are sure to put on an eye-catching performance for the women’s team having featured for several representative sides in their young careers.

Ward and Mannix-Geeves have each represented the Women’s Indigenous XI. Ward played for the XI in 2017, and first featured for Victoria in the Indigenous Championships two years ago as a 14-year old, while wicketkeeper Mannix-Geeves was included in the 2018 XI.

Hale played in a tournament-winning Victorian side in U18 National Championships this season, making 43 in the Grand Final against Western Australia. She first made the trip to the National Indigenous Cricket Championships as an 11-year old way back in 2014.

The NICC will run alongside the Imparja Cup, a community-based tournament that features Indigenous squads.

The NICC and Imparja Cup are a fantastic opportunity to celebrate the long history of Indigenous cricket in Australia for both players and coaches.

For players it’s a chance to represent their state and celebrate their heritage, while coaches will work with mentors across the week to continue to upskill and develop.