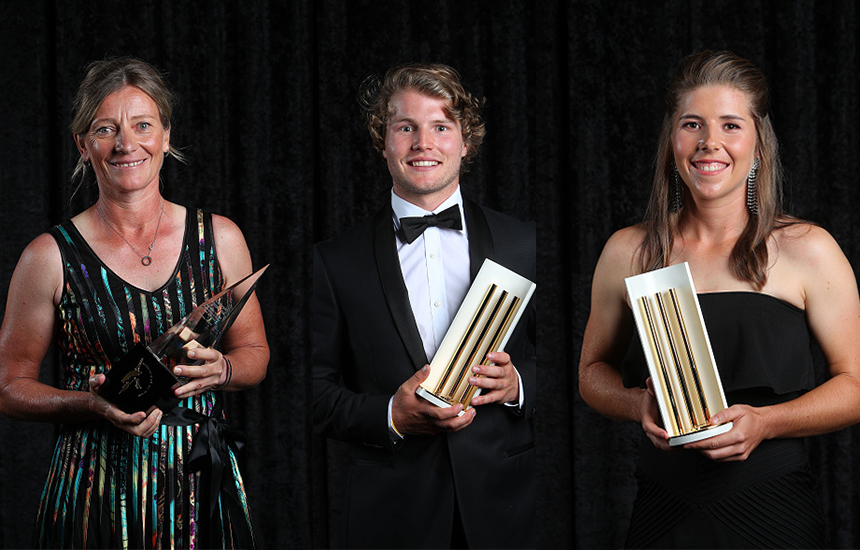 Cricket Victoria would like to congratulate all of our Victorian winners at last night’s Australian Cricket Awards held at Crown.

At the gala event in Melbourne, six Victorians were honoured for their performances this season and for their contributions to Australian cricket overall.

“What a fantastic night for Australian cricket and one made even more special by so many terrific accolades for our Victorian players,” Ingleton said.

“Georgia and her Victorian team mates had a terrific campaign in the West Indies to win the T20 World Cup and it is fitting recognition for the rising star she is. Will has had a breakout year and we’re very excited to see him follow in the footsteps of some of Australia’s greatest players in winning the Bradman award.”

“Glenn continues to demonstrate what an impact he can have in Australian cricket and we congratulate him on winning the T20I award for a second time.”

“It was also a very special night for one our staff, Cathryn Fitzpatrick, together with Dean Jones and the family of Billy Murdoch as all three were inducted into the Australian Cricket Hall of Fame. They are rightfully among elite company and exemplify the best aspects of what Australian and Victorian cricket has produced,” Ingleton said.

“On behalf of everyone in Victorian cricket, congratulations to Georgia, Will, Glenn, Cathryn, Dean and the Murdoch family on the fantastic achievements.”

Bradman Young Cricket of the Year: Will Pucovski

Will becomes the first Victorian to win the Bradman award since John Hastings did in 2010. Past winners include Mike Hussey, Ricky Ponting and Matthew Hayden.

The second most prolific wicket taker in women’s ODI history, Cathryn Fitzpatrick was a mainstay in the women’s national team for over 15 years, with her extreme pace critical to the success of the side.

One of the most popular Australian batsmen of all time, Dean Jones’ induction into the Hall of Fame is courtesy of his outstanding career at both international and First-Class level.

Appointed the second captain of the Australian Test team in 1880, Billy Murdoch was one of the greatest wicketkeeper-bats of his time.