Tasmania bat out Day 4 for a draw 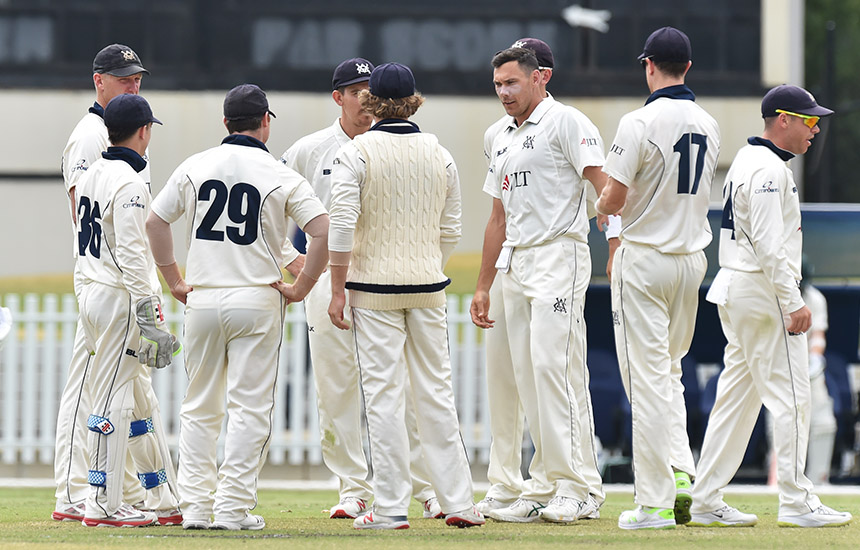 Victoria's JLT Sheffield Shield clash with Tasmania at the CitiPower Centre has ended in a draw late on Day 4.

Victoria managed three wickets in the middle session and two in the final session to give the hosts a chance at victory, however Tasmania held on long enough for sides to shake hands at 5:22pm.

Nic Maddinson was named player of the match.

The result sees Victoria maintain top spot on the Sheffield Shield table over New South Wales by 5.85 points, who host the Vics at Drummoyne Oval from next Tuesday.

The winner of that match will qualify for the Sheffield Shield Final in late March.