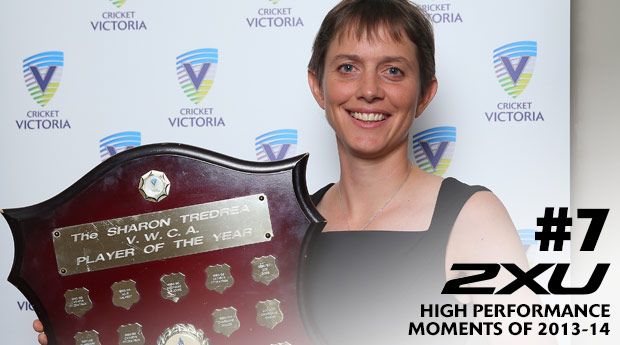 2XU and Cricket Victoria are counting down the top-10 high performance moments from 2013-14.

Worn by multiple world champions, endorsed by sports institutions the world over and praised by professional athletes from all disciplines, 2XU understands what is needed to be the best. Visit www.2xu.com.au for more information.

The Commonwealth Bank VicSpirit veteran was the side’s most consistent batter during the 2013-14 season, holding together the middle order.

In her 14th season with the VicSpirit, Elliott posted three consecutive half-centuries and finished the season with 243 runs, at an average of 40.50.

She won her fourth award after winning three consecutive titles from 2008 to 2010.

Elliott also enjoyed a fruitful season with Dandenong in the Essteele Premier Firsts where she amassed 491 runs, at an average of 54.7 and she also claimed 13 wickets.