A reward for hard work 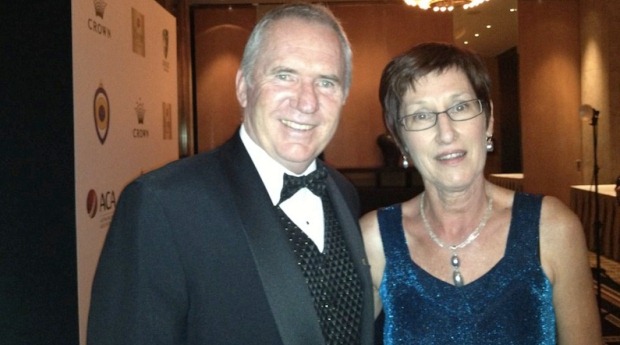 Karramomus Cricket Club's Kerry Forge enjoyed the glitz and glam of cricket's night of nights when she attended the 2013 Allan Border Medal.

After being nominated by her husband to attend the awards ceremony, the outstanding volunteer was notified by Cricket Australia that her application had been successful.

Volunteers from across the country were invited to attend the night as a show of appreciation for the endless hours they give to cricket.

Along with receiving a round of applause at the start of the night, Allan Border also spoke to the volunteers and acknowledged their contribution to cricket.

“It was an amazing night,” Kerry Forge said.

“We were thoroughly spoiled.”

Forge was also recognised by Cricket Victoria on the third day of the 2012 Vodafone Boxing Day Test at the Kookaburra Volunteers Recognition Breakfast.

Having been involved at the Shepparton-based club for the past 14 years, Forge has been described as the “Queen of Karramomus.”

When it comes to supporting the club, Forge is known to be an “all-rounder” with organising social events, carrying a first-aid kit and washing and ironing uniforms among the long list of tasks carried out.

“You don’t do these things for anything but, when it happens you just accept it on behalf of all the volunteers,” she said.