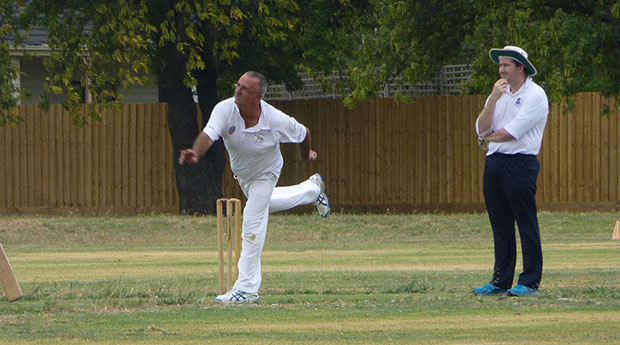 In his milestone match, the veteran claimed 6-37 from eight overs and produced a 94-run knock to see his team claim a three-wicket win.

“The day sits pretty high up there in my 500 game career!” Smith said.

Introduced to cricket in his early teens, Smith quickly took a liking to the game, revolving his weekends around cricket.

In his 42 years at the club, the now 57-year-old has amassed five centuries and taken more than 380 wickets including his best performances of 136 and 7-90.

Having played in six winning grand finals, the all-rounder has encountered great success at Cameron.

In his first year of coaching, he claimed an A-Grade premiership and continued to lead the club for a further four seasons.

Aside from playing and coaching, Smith’s dedication to developing the club has also seen him take on various committee roles including the positions of President, Secretary and Treasurer.

Over the years, Smith’s love for the club has extended to his family, with many members of the Smith entourage dedicating endless hours to Cameron.

His mother volunteered at the club for 35 years, while his daughter scored at Cameron for 13 and held the Presidency for two.

Currently, his son Liam plays in the under-13s, where Smith holds the coaching position.

“I’d love to be able to play in the same team as him (Liam) one day,” Smith said.

“Every father has the wish of playing a sport with their son.”

Having recently been nominated for life membership of the North Metro Cricket Association, Smith notes that his passion for cricket and the camaraderie of the game has kept him involved.

“I don’t go looking for accolades, it’s just something that I do,” Smith said.

“I love the game of cricket.

“I have made a lot of friends through it and I think that’s the most important thing when playing a sport.”