A weekend of finals 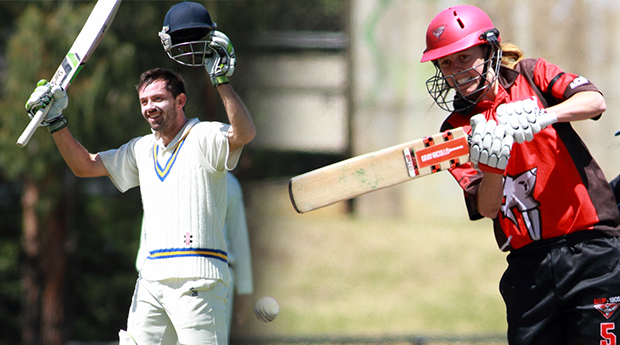 The culmination of the 2015 Bartercard Premier Cricket season will take place over the weekend with the men's and women's finals being staged.

Beginning tomorrow at the Junction Oval, the men’s three-day final sees Ringwood and the Monash Tigers vying for silverware.

A 137-run knock and five-wicket haul (5-24 from 14.4 overs) from Ringwood’s Ian Holland took the Rams to a 10-wicket semi-final win against Carlton last weekend.

While for the Tigers, an unbeaten 87 from Commonwealth Bank Bushranger Cameron White and a five-wicket haul (5-39 from 15 overs) from captain/coach Allan Wise delivered them a dominant win over Melbourne.

In the women’s final, Box Hill and Essendon Maribyrnong Park (EMP) will face each other for the Agnes McDonnell Trophy in a one-day match on Saturday at Shepley Oval.

A half-century from Cassie Brock and an all-round strong bowling performance from Box Hill gave them a 42-run win over Dandenong in the semi-final.

For EMP, an unbeaten century and three wickets (3-18 from 9.2 overs) from the Commonwealth Bank VicSpirit’s Molly Strano saw the Bombers defeat Melbourne to give them a chance to claim their second title of the season.

“After another great season of Premier Cricket, I’m sure the men’s and women’s final will provide a great exhibition of the quality and strength of our competition,” Cricket Victoria Premier Cricket Strategy and Development Manager Mike Ronchi said.

“With the Tigers finishing in fifth position after the home and away season and the ever-consistent Rams in second, the men’s final will provide a great match-up.

“In the women’s final, the two teams that have proved most dominant this season will no doubt produce many highlights with the range of state representatives playing against and alongside each other.”

The Men’s Premier First Final will be live streamed at premier.cricketvictoria.com.au