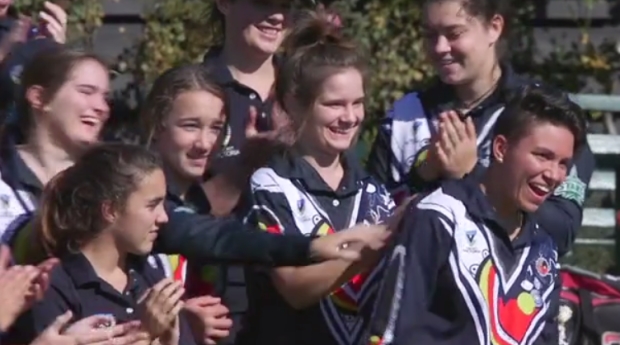 Victorian Noogal Toengorrt Tani captain Ben Abbatangelo has been included in the 2015 National Indigenous Development Squad while Jacinta Goodger-Chandler has been named as one of two female Indigenous scholarship holders.

Abbatangelo captained the Victorian side to first place on the Imparja Cup in February before the side lost their semi-final to Queensland.

He was also recently named in the Futures League Academy – Winter Squad after he struck 628 runs for Northcote in Bartercard Premier Cricket this season.

Napoleons-Sebastopol all-rounder Goodger-Chandler was Victoria’s leading run-scorer in the 2015 Imparja Cup and the third highest in the women’s competition, scoring 114 runs in five matches with her top score being an unbeaten 56.

At the conclusion of the tournament she was included in the Black Caps representative squad.

The National Indigenous Development Squad, consisting of Australia’s most talented Indigenous cricketers, will be based at the Bupa National Cricket Centre in Brisbane from July 3-14.

The squad will play matches against the Australia’s world championship-winning women’s team – the Commonwealth Bank Southern Stars – and the National Performance Squad, which comprises some of the country’s best emerging male players.

Cook and National Talent Manager Greg Chappell selected the squad based on performances over the past 12 months at club and representative level.

A 50-over match against the Commonwealth Bank Southern Stars at Allan Border Field on Saturday July 4 will be the first match of the Indigenous squad’s program. That contest will be followed by four matches against the National Performance Squad.

“For the players selected, this is recognition of their fine performances over the last 12 months at club and representative level, and at the 2014 Imparja Cup,” Cook said.

“The two weeks at the Bupa National Cricket Centre will give the players a real taste of Australian Cricket’s high performance setup.

“It will give them all a great opportunity to test themselves against high calibre opposition, and help them further understand what is required to take the next step in their cricket development.”

“Nothing would make us prouder than seeing an Indigenous player earning a Baggy Green cap one day, which is why programs like these are so important.”

Williams and Goodger-Chandler will attend the Australian Under-18 Talent Camp at the Bupa National Cricket Centre from September 24-27.

*Jonte Pattison has been selected in the National Performance Squad. He will represent the National Indigenous Development Squad when available.