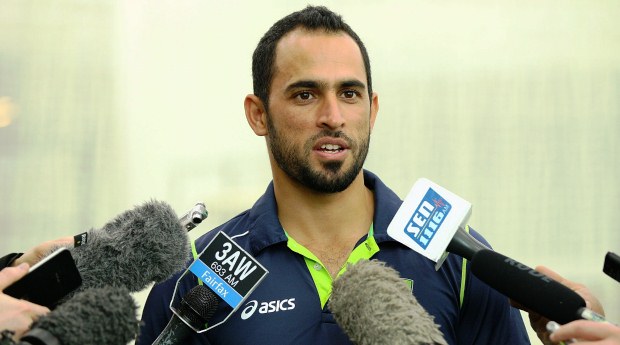 Earlier today, Federal Minister for Immigration Brendan O’Connor confirmed the 31-year-old’s citizenship application was successful, paving the way for him to be considered for the up-coming Ashes series.

Ahmed was cleared to play for Australia A during their recent tour of the UK, but under the ICC’s Player Eligibility Criteria was unable to be picked in the Test arena until he received an Australian passport.

“It’s a long journey and it was a long struggle,” Ahmed said.

“The whole community of Australia – the people really supported me throughout this journey.

“It’s a victory for our sport … and for this country.

Ahmed applied for refugee status when he came to Australia four years ago and recent changes to the Immigration Act meant his application could be fast-tracked.

Mr O’Connor said the last remaining formal requirement for Ahmed to complete is a citizenship ceremony, which will take place prior to his departure to South Africa with the Australia A squad later this month.

“I have listened to a number of submissions, not least of all from Cricket Australia, about the character and the virtues of this gentleman,” the minister said.

“On that basis, and on the basis of other matters before me, I made the decision that not only should he be able to use that path to citizenship but, of course, because of his capacity and his ability in the area of cricket, as a cricketer, he fits the requirement … insofar as the Act was concerned.”