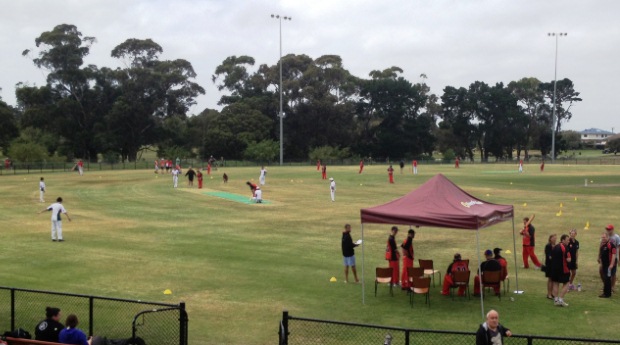 Players from Croydon Rangers, Kananook and Moorabbin played two games each in a round-robin format.

All abilities coordinator Stephen Lefebvre said the carnival was a huge success and now plans are in place to make next year even better.

“It was well represented by all the clubs,” Lefebvre said.

“We’ve gone from the first year where there were seven participants to yesterday when there over 35 cricketers which is just fantastic. Everyone had a great time with an idea on inclusiveness, getting everybody involved on the day.

“The weather was great; there was a good turn out with lots of spectators. The carnival is an on-going event and we are looking to expand next year.”

Lefebvre said a month’s worth of planning had gone into making the day run smoothly.

He hopes other clubs will follow Moorabbin’s lead and set up similar events in the future.

“It was just great to see players of all abilities, all disabilities playing together, working in harmony,” Lefebvre said.

“They all had a smile on their face and really enjoyed the day, it was really infectious and everyone got caught up in the moment.”

The club is hoping to increase the exposure its all abilities activity in the future.

Among the ideas floated is the possibility of having children participate at the MCG during the Boxing Day Test match or before a BBL|02 encounter.

“That’s something we are looking into,” Lefebvre said.

“It would be great if we could get something organised.”