Australian Deaf and Hard of Hearing Squad arrive in India 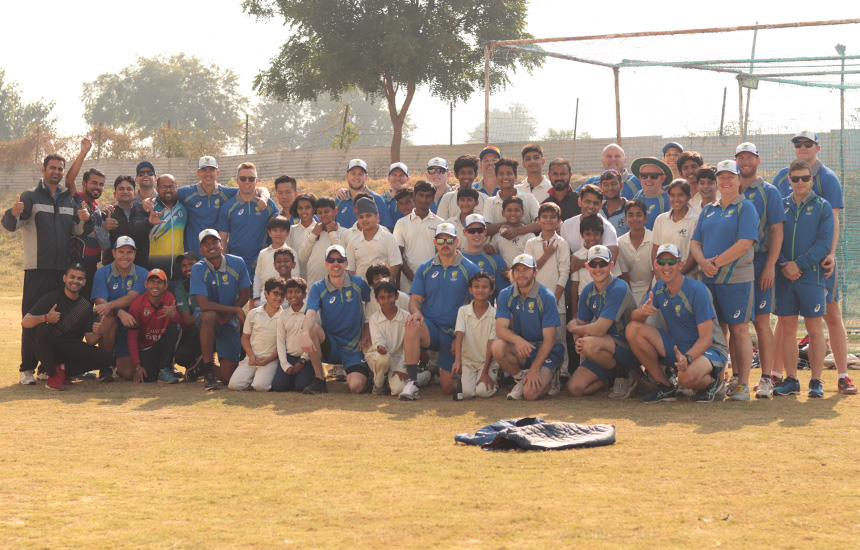 The Australian Deaf and Hard of Hearing Cricket Team have commenced preparations in India ahead of the 2018 Deaf International Cricket Council T20 World Cup, the first since 2005.

Based in Gurangon, the team have been training at venues around New Delhi and played their first practice match against Wolver CC. A hat-trick from Sean Walsh (QLD) in the last over of Wolver CC’s innings was a match highlight.

The squad comprises a blend of experience and youth, with the likes of Adam Wood, Luke Trudgett and Andrew Park who have all previously represented the Australian Deaf and Hard of Hearing team, whilst young stars Callum Asbury, David Melling, Austin Phillip and Seam Walsh will be looking to assert their dominance in their first taste of international cricket.

Three Victorians also feature in the squad – Blake Pendlebury, Callum Asbury and Zac King – who will be under the familiar and watchful eye of Cricket Victoria’s own Jason Mathers as the team’s Head Coach.

The Australians commence their World Cup campaign against Pakistan on Saturday, 24 November 2018.