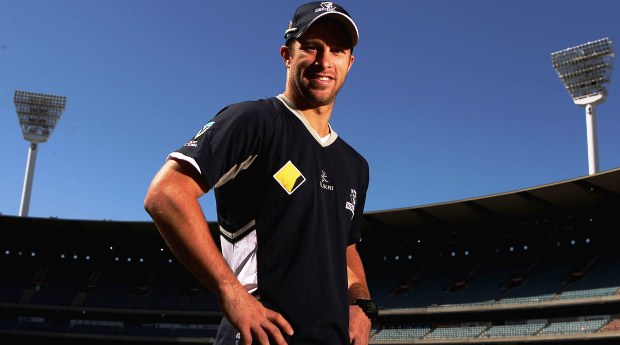 Test gloveman Matthew Wade headlines a host of Commonwealth Bank Bushrangers who will line up in Premier Cricket tomorrow.

Casey-South Melbourne have included the star wicket-keeper alongside bustling quick Jayde Herrick for the Swans’ clash with St Kilda, while former Victorian and Tasmanian all-rounder Damien Wright also returns after spending the past year as the New Zealand bowling coach.

The Saints will be bolstered by the inclusion of reigning domestic player of the year Rob Quiney and state teammate Peter Handscomb, with rookie leg-spinner James Muirhead also present.

Ryan Carters and Bushrangers skipper Cameron White, who topped the Premier Cricket batting averages last season with 304 runs at 76 from just six games, will turn out for Richmond, the defending premiers, at Central Reserve against a Geelong line-up that includes Aaron Finch and Meyrick Buchanan.

Having returned from the Champions League T20, Andrew McDonald, who hammered a sparkling century against Western Australia to start the Bupa Sheffield Shield season, has been named in a powerful Melbourne outfit that includes past and present state teammates Brad Hodge and Alex Keath.

For the first time since 2010, in-form all-rounder John Hastings will turn out for Footscray, having put his latest shoulder surgery behind him.

Hastings has made a blistering start to the summer, starring for the Bushrangers in the white and red ball formats, and will need to be at his best if he is to combat Test hopeful Jon Holland and speedster Scott Boland when they take to the field for Frankston Peninsula.

Australian all-rounder Glenn Maxwell will slot into the Fitzroy Doncaster side after spending the past six months globetrotting in the IPL, UK, UAE, World Twenty20 in Sri Lanka and the Champions League in South Africa.

Dandenong skipper Darren Pattinson will take the reins for the first time when the Panthers confront a Prahran line-up that includes Test players Chris Rogers and Bryce McGain, while Essendon will unleash a formidable pace bettery against Camberwell Magpies including Clint McKay, Steven Reid and Louis Cameron.