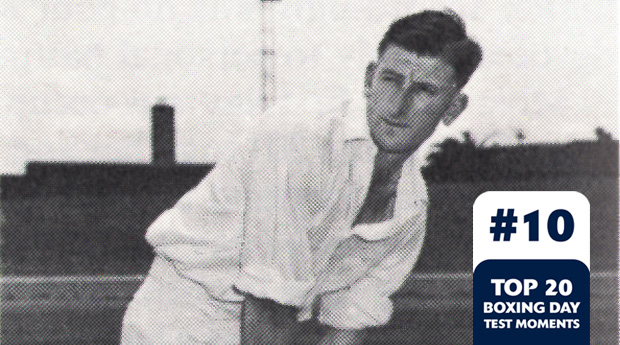 Proud Victorian Bill Lawry and Ian Chappell put on the highest partnership in Boxing Day Tests in 1968 when the duo combined for 298 runs.

Proud Victorian Bill Lawry and Ian Chappell put on the highest partnership in Boxing Day Tests in 1968 when the duo combined for 298 runs.

The partnership was the backbone of an innings and 30 run victory for the Australians against the West Indies, who had been leading the series 1-0.

Lawry won the toss and sent the West Indies in on a pitch with a green tinge.

Fast bowler Graham McKenzie exploited the favourable conditions on the opening day as he claimed the best figures by an Australian in a Boxing Day Test – 8-71.

In reply to the West Indies first-innings total of 200, Australia lost the early wicket of Ian Redpath for seven, bringing Chappell and Lawry together with the score 1-14.

The tourists were accustomed to seeing the two bat together – the pair having scored 222 out of Australia’s 284 in the first Test in Brisbane prior to coming to Melbourne.

Chappell was finally dismissed by Gary Sobers for 165 with Lawry pushing on to record 205.

Australia posted 510 with the West Indies unable to force the Australians to bat again, making just 268 in the second innings, with leggie John Gleeson taking career-best figures of 5-61.