Bush Blues in opening round 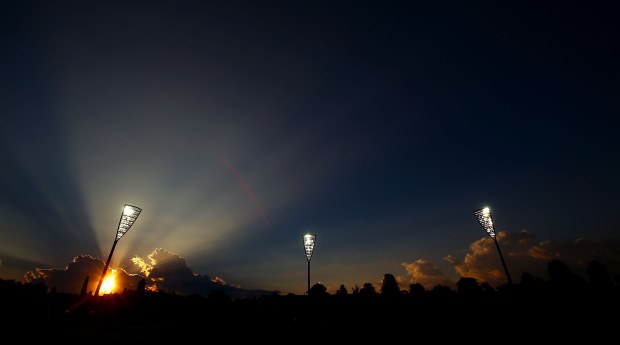 Victoria will look to ignite its campaign at the Commonwealth Bank Australian Country Cricket Championships in Canberra today after dropping its opening encounter to New South Wales by 88 runs.

Set 331 for victory, Victorian openers Lee Stockdale (44) and Travis King (39) made a watchful start as they blunted the new ball.

The pair put on 84 for the opening wicket before Stockdale was dismissed just shy of half-century.

Albury Wodonga’s James McNeil kept the scoreboard ticking over, and despite the loss of King, Victoria looked well placed at 2-147.

McNeil’s dismissal triggered a collapse of 3-8, however, as the Bush Blues ran through the middle order.

While a brisk counter-attack from Strathmerton’s Luke Carter (41 from 69 balls) gave the Victorians a glimmer of hope, they were eventually dismissed for 242.

NSW faced one over in the second innings with Mornington’s Jackson Fry claiming a wicket maiden before stumps were called.

Victoria will meet South Australia in a one-day match from 10.30am this morning.