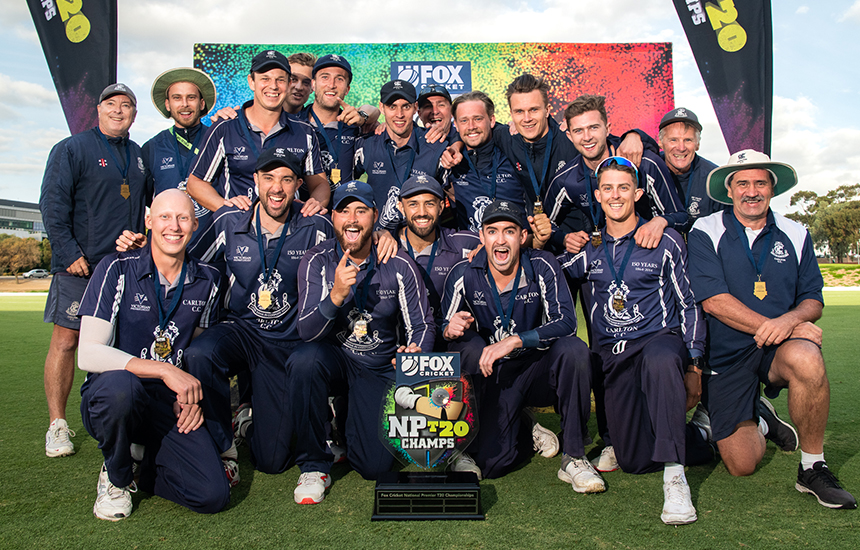 After being sent in to bat first and scoring a solid total of 8-154, Carlton proved too strong with the ball in the second innings, taking out the maiden championship trophy.

Player of the Final Aaron Smilie struck early with the ball for Carlton, dismissing both Queensland openers before they could gain any momentum. Smilie finished the match with impressive figures of 4-28 off four overs, guiding his team to victory.

Earlier in the day the Carlton started off well with the bat, scoring a quick 51 runs off the first seven overs, before losing a handful of wickets which allowed the University of Queensland to take control. Top scorers for the Victorians included Donovan Pell (43 off 27), Evan Gulbis (28 off 20) and Lachlan McKenna (28 off 20).

Jack Carty was best with the ball in the first innings with strong figures of 3-11 off three overs. Nicholas Sale (1-27) and Jack Carty (1-20) were the next best bowlers for the University of Queensland.

With the Queenslanders requiring 155 to win, the trophy was up for grabs for both clubs. Batsman Dominic Michael (76 off 54) did his best to push University of Queensland to victory, but in the end it wasn’t enough as Carlton collected three late wickets in the final three overs to secure the victory.

Full scores from the match can be found here.

The winners are as follows: