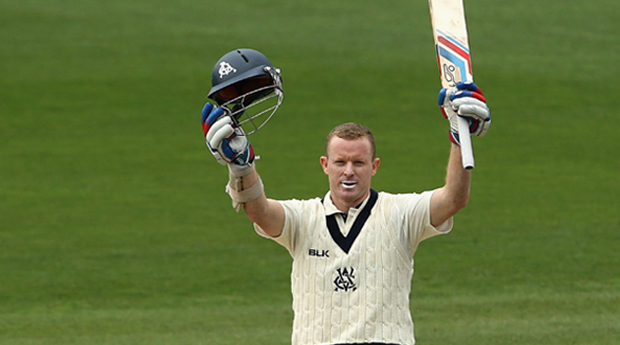 After retiring from Australian Test and domestic cricket at the end of the 2014-15 season, Rogers continued his first-class career overseas for Somerset in the County Championship.

It is there that Rogers, 39, leaves the game in style, scoring a century in each innings to help Somerset defeat Nottinghamshire and keep their maiden title hopes alive.

Rogers departed from Victorian first-class cricket as a champion, helping the Bushrangers claim their first Sheffield Shield title since 2009-10, and he will be hoping to do the same now with Somerset.

“That’s it for me,” Somerset captain Rogers told Sky Sports. “I have had a good career and to finish off that way is pretty special.

“I’m getting old. I am going to miss playing and the standing ovation from the crowd was very special, but it happens in all careers and it’s time to move on.”

“Chris has had a big influence on all levels of cricket not only in Victoria and Australia, but internationally as well,” said Dodemaide.

“He is a highly respected player of the game and while he will be missed on the field, I’m sure he will not be completely lost to cricket.

“We congratulate Chris on a marvellous career, and wish him all the best in the future.”