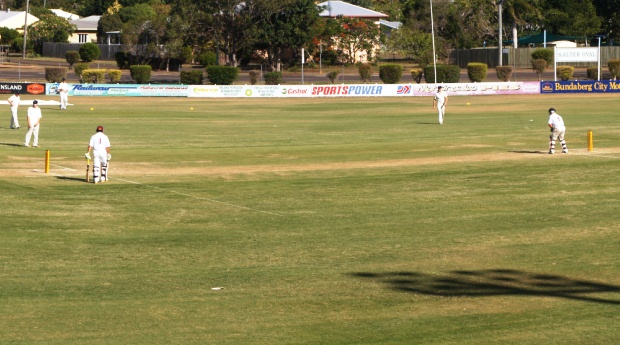 Victoria has completed a remarkable turnaround at the Australian Country Cricket Championships to claim a top-two finish.

Despite dropping their final one-day fixture to New South Wales yesterday, going down by two wickets in the final over, the Victorians were assured of second place after finishing the tournament with a 5-2 record.

The result is a far cry from 12 months ago when they were anchored to the bottom of the table on home soil at Geelong.

NSW completed the tournament in Bundaberg without dropping a match as the Blues successfully chased down 293.

Sharing in a 64-run opening wicket stand with Mornington Peninsula gloveman Rob Hearn, who blasted 44 from 40 balls including eight boundaries, Vines was the mainstay of the innings as he looked to bat through before falling inside the final five overs.

Bob Wilson kept the scoreboard ticking with 46 from 48 balls and the middle order all provided cameos including Tristan Dixon (25).

A rapid-fire 22 from just seven balls at the death from Ramadan Yze swelled the total to 9-292, setting the Blues close to six per over for victory.

Veteran opener Graeme Batty led the way, however, as he plundered 122 from 133 balls including 15 boundaries and four sixes to guide NSW to its seventh win in succession.