Country continues to set the pace 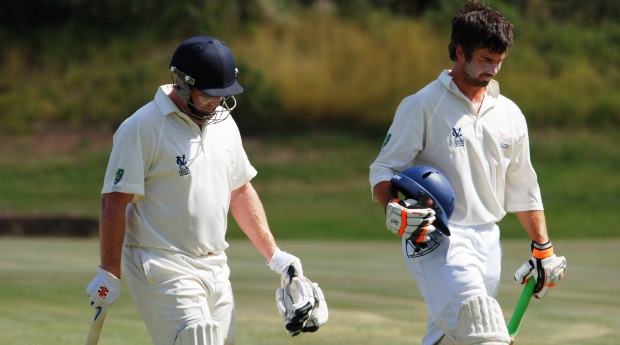 Victoria's title aspirations at the Australian Country Cricket Championships in Bundaberg are alive and well with just two rounds to play.

Defending 7-376 against South Australia on the back of Bob’s Wilson’s record-breaking double century, the Victorians coasted to a 101-run victory courtesy of another strong bowling performance from Geelong quick Trent Walerys.

Walerys skittled the Outbacks’ top-order, claiming the first four wickets of the innings, to reduce them to 4-56.

He finished with the economic figures of 4-15 from 14 overs including nine overs.

The wickets continued to tumble for South Australia as the Outbacks slumped to 7-90 as Shepparton all-rounder Ramadan Yze (1-40) and Mornington Peninsula off-spinner (2-81) broke through.

A 158-run partnership between Adam Somerfield, who hammered 132 from 106 balls including 18 boundaries and seven sixes, and Andrew Frick (64) provided the slightest hopes of an upset victory before Albury Wondonga’s Liam Scammell (3-51) closed out the match by cleaning up the tail.

The Outbacks were dismissed for 275, with Victoria posting 4-171 in 33 overs in its second innings.

Despite the early loss of Mornington Peninsula’s Rob Hearn for 10, Geelong’s Eamonn Vines (72) and Scammell (67) put on 137 for the second wicket from just 141 balls.

Victoria is scheduled to meet ACT in a one-day match tomorrow before a potential ‘final’ against New South Wales on Monday that may decide the title.