Country gets gunned down 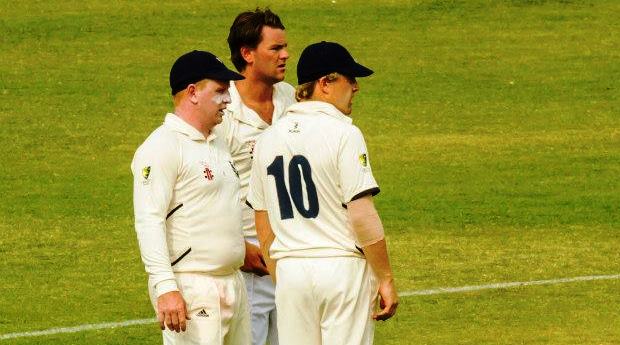 Victoria's title aspirations at the Commonwealth Bank Australian Country Cricket Championships are all but over after Queensland clinched a three-wicket win in Canberra yesterday.

Having set the Maroons 300 for victory thanks to a superb century from Albury Wodonga’s James McNeil, Sean Fitzsimmons took the match away from Victoria has he plundered 152 from 142 balls including 21 boundaries and six sixes.

“We dropped him twice but he batted very well.”

Having won the toss and elected to bat, Victoria slumped to 2-6 as openers Travis King (0) and Lee Stockdale (4) failed to see off the new ball.

However, a 99-run stand between McNeil and Mornington Peninsula’s Bob Wilson re-built the innings before the latter departed for 55.

McNeil took the onus upon himself to bat through the innings as he finished unbeaten on 127 from 255 balls to equal Rob Bedford’s record for the highest score by a Victorian against Queensland at the carnival.

“The partnership with Bob Wilson got us back in the game…and we thought we were a good chance to defend it.”

Taylor continued to toil away and bowled brilliantly as he took a further three wickets to reduce Queensland to 5-147 before Fitzsimmons imposed himself on the contest.