Country makes its mark in Canberra 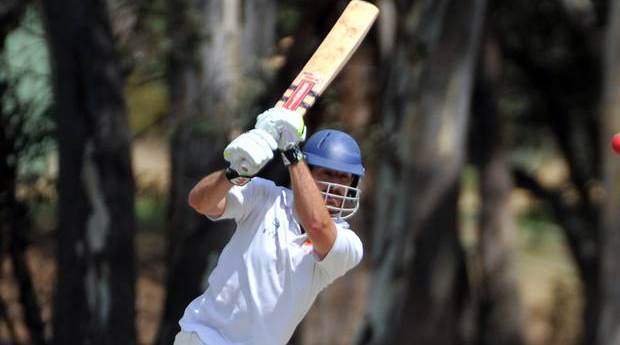 Victoria has secured a 36-run victory against South Australia at the Commonwealth Bank Australian Country Cricket Championships in Canberra.

Having suffered a first-up loss against New South Wales, Victoria responded in the best possible way with a convincing win against the Croweaters.

Having been sent in by South Australia, Bendigo’s Travis King made his opponents pay as he top-scored with 70 from 90 balls including six boundaries and a six at the top of the order.

Mornington Peninsula’s Bob Wilson (37) and Ballarat’s Heath Pyke (49) played invaluable hands in the middle order, while Bendigo’s Cameron Taylor (31) and the Murray Valley’s Luke Carter (23) and Shaun Downie (17) all played important cameos as they pushed the total to 7-269 from their 50 overs.

In reply, Ferntree Gully’s Cameron Wheeler (2-63) struck twice with the new ball to reduce South Australia to 2-14 before the Croweaters steadied.

Important breakthroughs to Sale-Maffra’s Brad Scott (1-59) and Traralgon and District’s Lee Stockdale (4-28) proved telling as the pair sucked the oxygen out of the run chase.

Stockdale, in particular, was again impressive as he steered his team to victory.

Victoria will look to continue its winning form today when it meets Queensland.

Image sourced from the Bendigo Advertiser.