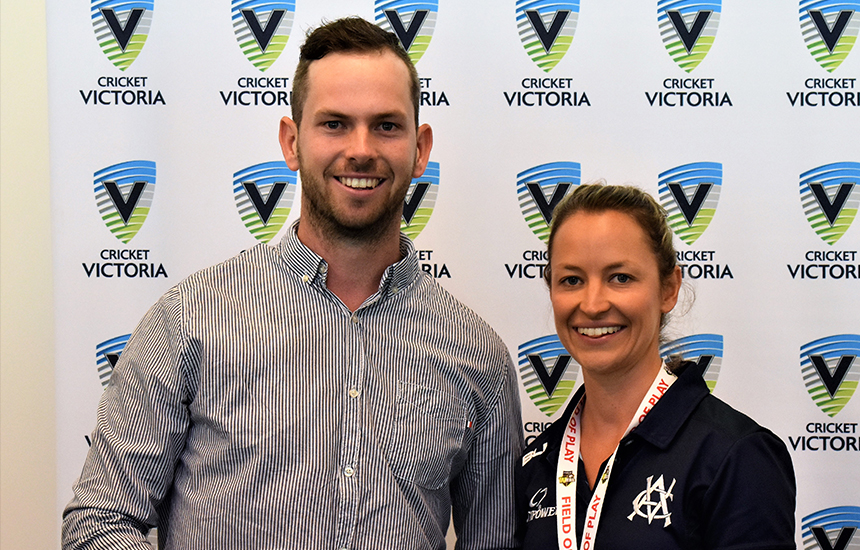 The event was not only a great chance to thank the ambassadors, but also provided a fantastic platform in which the teachers could network and form connections with each other.

The Awards were held in conjunction with the BBL match where the Melbourne Stars defeated the Sydney Sixers to secure their place in the semi-final.

Each of the 16 Victorian cricket regions nominated up to three teachers for the award with one winner from each region and one overall winner named.

Josh Preston was named Cricket Victoria’s School Ambassador of the Year as he was outstanding in his role as an Ambassador for his school. He registered the entire school for every Cricket Victoria program, hosted an intra-school cricket cup and was a constant support as a volunteer, helping out in any way he could.

Josh’s passion as a school ambassador is best summed up when one of his students described the perfect bowling sequence at a cricket clinic. She showed the class a 5-step process with instructions from the run up and gather position, right through to the perfect follow through.

When Josh was quizzed on how his grade ¾ students knew this, Josh modestly responded with,

The School Ambassadors program plays an integral role in engaging kids with cricket at school and in programs. It has led to over 200,000 participants coming from school participation, with the majority due to the efforts of School Ambassadors.

School Ambassadors are the point of contact for cricket, help drive cricket participation, distribute information about upcoming cricket programs and events and assist in arranging opportunities for schools to be involved in clinics and competitions.

As a thank you, schools receive: