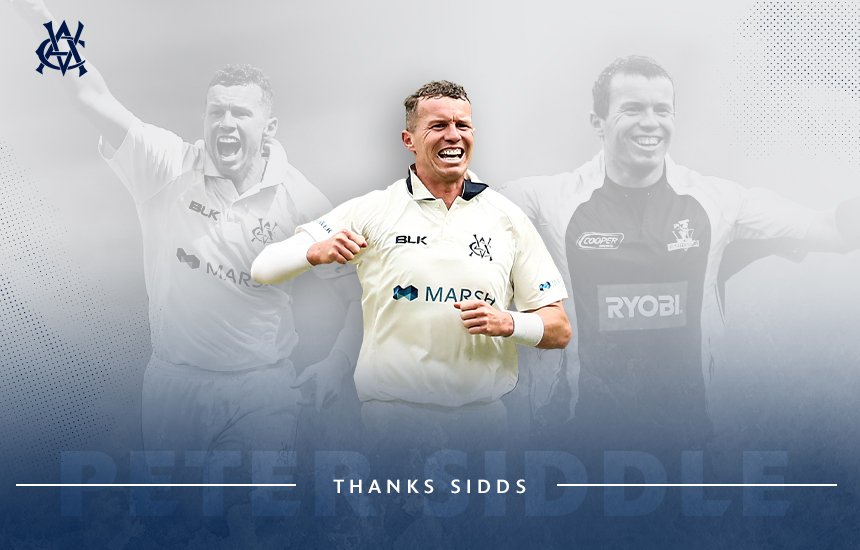 Cricket Victoria extends its thanks and best wishes to Peter Siddle who today confirmed his decision to play for Tasmania, bringing an end to his decorated Victorian career.

Growing up in Morwell, Siddle was a product of the Latrobe Cricket Club before he moved to Victorian Premier Cricket Club, Dandenong.

Siddle represented Victoria at underage level, once taking 11-47 in an Under 17 match.

Along the way he played in two Sheffield Shield titles, a One-Day title and a T20 Big Bash title. He was also named Victoria’s One-Day Player of the Season in 2017-18.

Cricket Victoria’s General Manager of Cricket Shaun Graf said Siddle had been a fantastic member of the squad over many years and a role model for teammates and young cricketers.

“Peter has always been the ultimate professional in the way he prepares for playing at the highest level. That professionalism and dedication has delivered an immense contribution to Victorian cricket over a 15 year period,” Graf said.

“When we first saw him in Gippsland coming through the ranks, we knew we had some talent on our hands. His heart and soul approach has inspired teammates and he’s mentored many young players throughout Victoria.  He’s never shied away from hard work and is someone his teammates just love playing alongside.

“Peter has been a key figure in a very successful era for Victorian cricket and while we’re sad to see him leave for Tasmania, he leaves with our very best wishes. We know his heart will always be navy blue.”