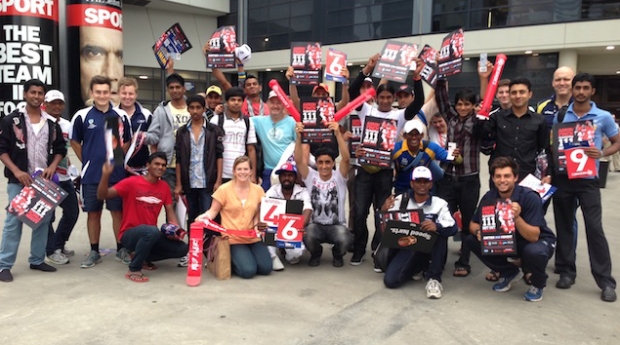 The Victorian Government today announced that it will be partnering with the GLoBALL Program to help introduce international students into the Australian community through sport.

Cricket Victoria, Essendon Football Club and Netball Victoria have joined forces with the Government to deliver the program.

Having attracted over 12,000 participants, the social inclusion program aims to use sport as a vehicle to introduce the participants to Australian culture.

Operating on an ambassador system, the GLoBALL program ensures that participants feel welcomed, supported, and included in the Australian sporting culture.

“Sporting events are a vital part of Australia’s cultural heritage, and providing international students with a positive match day experience is a tremendous way to make them feel part of the community.

“It is also a great way to reinforce Melbourne’s reputation as the sporting capital of the world.”

Launched in 2009, the GLoBALL program started as a joint initiative run by Cricket Victoria and the Essendon Football Club.

Last season, around 450 GLoBALL participants watched their first game of cricket when they attended the KFC T20 Big Bash League.