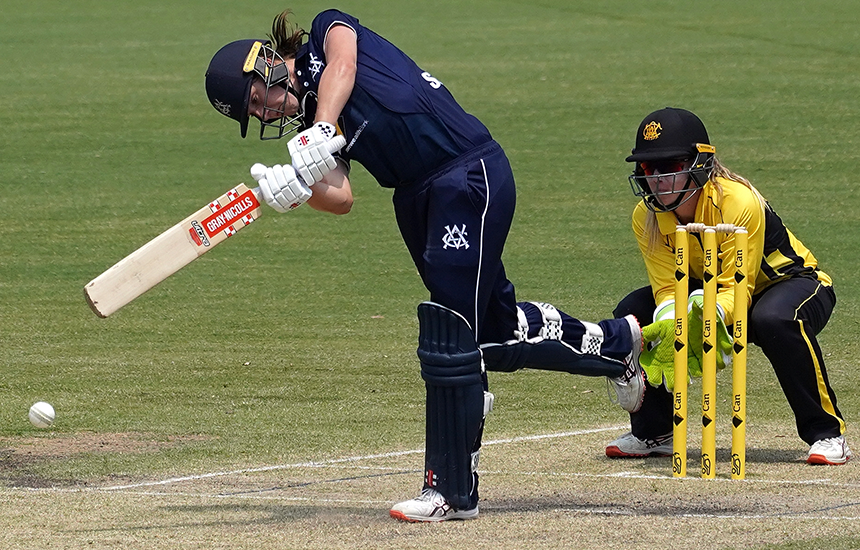 A century from New Zealand international Sophie Devine has helped Western Australia to a win over Victoria at the CitiPower Centre.

Winning the toss and electing to bat first, the visitors got off to a good start before the spin of Sophie Molineux and Molly Strano reduced them to 3-63 in the 15th over.

But Devine remained for the majority of the innings, punishing Victoria’s bowlers in her 109 off 102 deliveries which included eight boundaries and four sixes. WA posting 6-271 from their 50 overs.

Molineux and Strano took two wickets each, while Georgia Wareham and Annabel Sutherland both took one apiece.

Victoria’s chase got off to a wobbly start, losing Molineux and Elyse Villani early. When captain Meg Lanning was bowled for 14, the home side was in trouble at 3-44.

Ellyse Perry and Annabel Sutherland threatened to resurrect the innings, but when Perry played a Nicole Bolton delivery back onto her stumps it was always going to be a tough ask for Victoria’s middle order.

Sutherland (67) and Wareham (51) offered excellent resistance but ultimately fell short of chasing down the total, Victoria ending its 50 overs with 8-246 on the board.

Victoria’s next WNCL matches will be against Tasmania in Hobart on January 21 and 23.