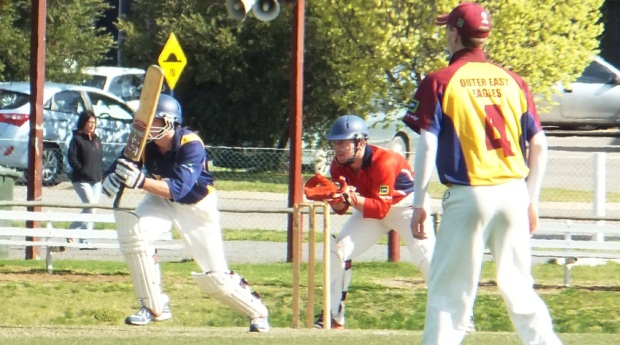 The Victorian under-19 squad will begin its preparation for January's National Championships with a one-day match against an under-20 Bartercard Premier Cricket Rising Stars squad at Merv Hughes Oval next Tuesday.

The 50-over fixture will serve as an ideal lead-in to the national tournament in Adelaide, which will be staged from January 12 to 22.

Under-20’s coach Tim McCaskill acknowledged that the match was an important opportunity for both playing groups with the under-19s looking for a stern test ahead of the Championships and the under-20s looking to showcase their skills in front of Cricket Victoria’s High Performance team.

“These are the best under-19 cricketers in the state and we need to challenge them in the lead-up to the Championships,” McCaskill said.

“The match will provide the under-19s with a solid hit out against an older playing group, who are the closest to resembling their Championship opponents.

“For the under-20 team, we will have an opportunity to look at players that have shown promise in the early stages of the season.”

Selected by Cricket Victoria’s State Youth Selection Panel, the under-20 team is comprised of players from 10 different Premier Clubs, providing them with another platform to showcase their skills following the under-19 stage.

“The under-20s also gives us a chance to re-engage with players from last year’s under-19s side with six being selected in the 12-man team including James Lidgett, Matthew Fotia, Sean Griffin, Jack Rudd, Rob Salerni and Jack Taylor,” McCaskill said.

Greenvale Kangaroos’ Lidgett has been named captain of the under-20 side, having amassed 164 runs in eight Premier Cricket matches this season.

Having had an injury interrupted start to his career, Melbourne’s Jackson Koop has also been included in the side, taking nine wickets and accumulating 102 runs this season.

Ringwood’s Matt Fotia will also feature in the side after playing at the Under-19 World Cup while Carlton wicket-keeper Jayden Borg provides a handy option with the bat.

Play will commence at 10am next Tuesday with members of the under-20 team wearing their Premier Club’s one-day uniform.