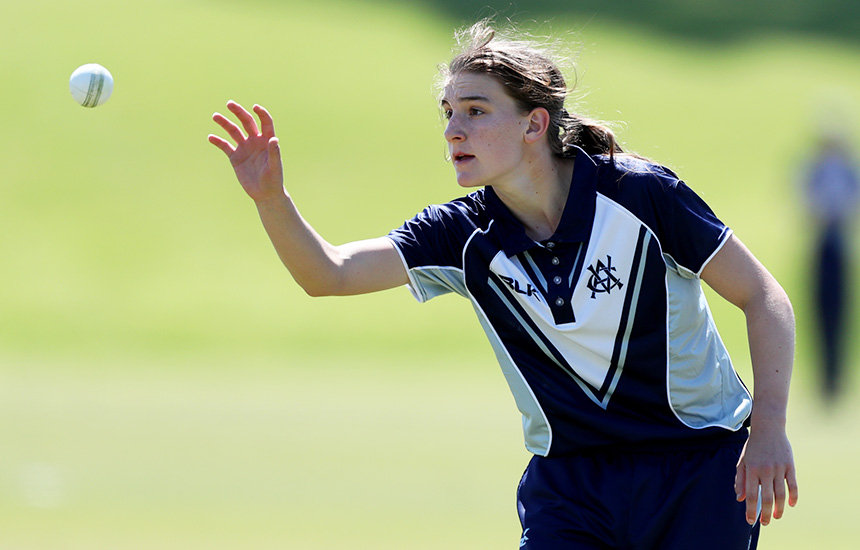 Cricket Victoria has today announced the final Under-15 and Under-18 Female Victoria Country and Metro squads selected ahead of the 2018-19 National Championships.

The first phase of training, which kicked off in June, saw almost 80 of Victoria’s best young female cricketers across over 50 training sessions compete for a spot in the final squads of 13, all under the watchful eyes of Victorian players Makinley Blows and Kristen Beams at the MCG and the CitiPower Centre.

This year will be the first time Victoria has fielded two squads (Country and Metro) in the Under-18 division, while both teams have competed at the Under-15 carnival for the last three years, highlighting the increase in female participation throughout the Victorian pathway.

“Players like Sophie Molineux, Georgia Wareham, Tayla Vlaeminck, Makinley Blows and Nicole Faltum are all very recent graduates of this program, and to now see them represent Australia and the Stars and Renegades in the WBBL is proof of how strong the female pathway in Victoria is.

“So much so, we’ve been able to enter both a Country and Metro side at the Under-18 level for the first time, which is an absolute thrill to see.

“It’s been another extensive selection process this year, and we’re confident the final squads will put in great performances come January and February at the National Championships.”

Annabel Sutherland, who has represented the Melbourne Stars in the WBBL and Victoria in the WNCL this past summer and, will captain the Under-18 Victoria Metro side.

Three Victorians have also been selected in the Cricket Australia XI Under-18 side – Georgia Gall, Ella Hayward, Arnika McGregor.