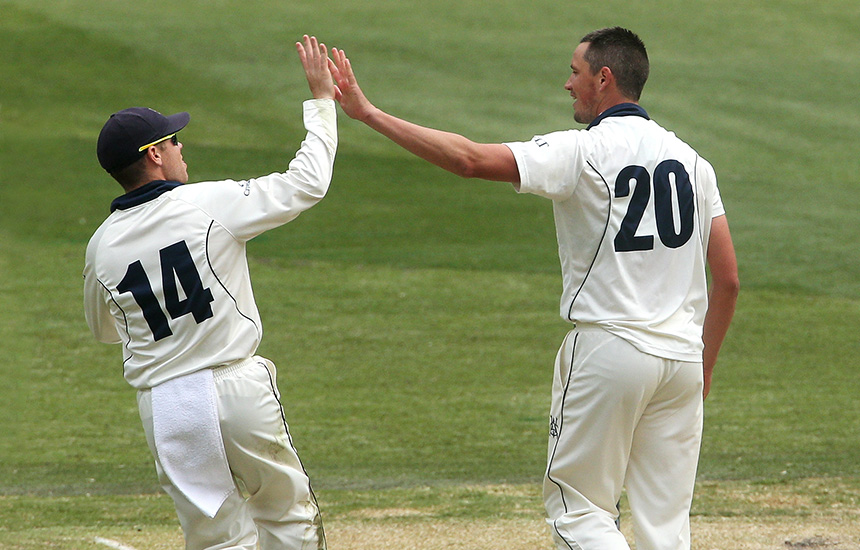 Cricket Australia has announced the Men’s squad for the opening two Tests of the Domain Test Series v India starting at the Adelaide Oval on December 6.

Victorian squad members, Marcus Harris and Chris Tremain are among a number of changes to the 14-person squad named by the National Selection Panel for the Domain Test Series.

National selector, Trevor Hohns, said: “The 14-person squad has been selected for the Adelaide and Perth Test matches against India. The squad features a talented group of batsmen and bowlers who have displayed good form in the Sheffield Shield competition to date.

“We will select a final team of 12 prior to each Test, and the two remaining squad members will be released to get important match time in the Sheffield Shield. We believe all players chosen deserve their selection in the squad, and we’re confident given the opportunity all will apply themselves well against India.”

“With another round of Sheffield Shield matches to play, players have the chance to strengthen their cases for selection before we finalise the 12 in the lead up to the first Test.”

“We’ve been really impressed with the way Usman Khawaja has applied himself through his rehabilitation and he’s left no stone unturned in his bid to return in Adelaide. Barring any set-backs, all the signs are indicating he will be available for the first Test. We saw how well he performed against Pakistan in the UAE, and we hope he can recapture that form over the summer.”

“Marcus Harris has forced his way into the squad after an impressive start to the Sheffield Shield campaign for Victoria, and in recent times has performed in high pressure matches, including Sheffield Shield finals. Not only has he made plenty of runs, he’s displayed the mental application we believe is required to compete at Test cricket.”

“Peter Handscomb has been recalled after missing out on the tour to the UAE. He’s been one of Victoria’s most consistent performers with the bat through the JLT Cup and Sheffield Shield. He’s a well respected member of the dressing room, a calm head at the crease and has also played against India at Test level.”

“Chris Tremain has also been performing consistently with the ball for Victoria. His form in the Sheffield Shield has seen him become the second highest wicket taker in the competition this season. He has also been a consistent wicket taker over the past two seasons, and thoroughly deserves his place in the squad.”

“The National Selection Panel has been extremely impressed with the standard of performances across the Sheffield Shield to date. It has made this squad selection difficult, and we encourage players to continue their strong performances to put their names forward for selection in the future.”

“The players have had the opportunity to put their best case forward for selection through the JLT Cup and Sheffield Shield, but unfortunately haven’t done enough to earn selection.”

“As I’ve said in the past we know the quality of the players mentioned previously, and with a big summer program ahead opportunities may well present themselves for them, as well as others not included in this squad.”