Five Victorians in the Australian squad to take on New Zealand 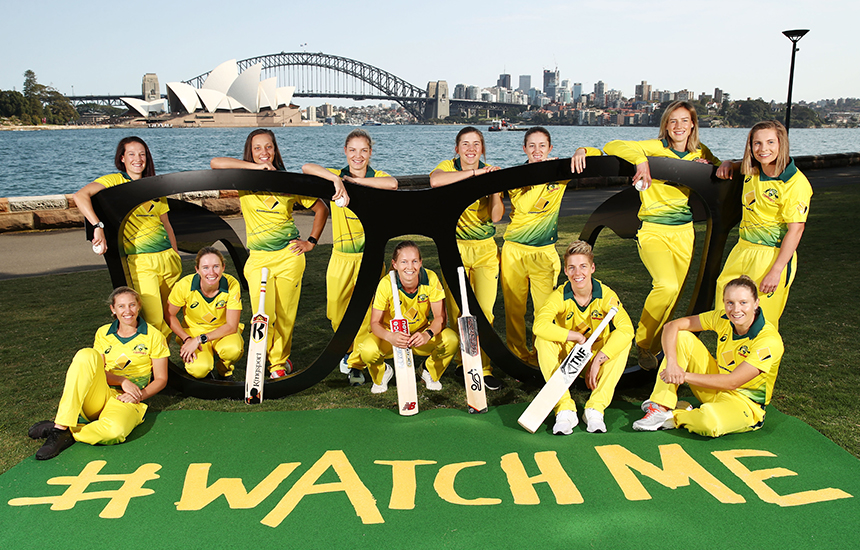 The National Selection Panel (NSP) has named a total of five Victorians in the Australian squad to take on New Zealand in the three-match Commonwealth Bank Women’s T20 International Series starting on 29 September.

Meg Lanning, Elyse Villani, Sophie Molineux will be joined by Victorian leg-spinner Georgia Wareham and fast bowler Tayla Vlaeminck have been named in their first Australian side, whist spinner Jess Jonassen has been ruled out due to a knee injury sustained on the Gold Coast this week.

Selectors also named Molly Strano and Annabel Sutherland in a CA XI squad which will play both New Zealand and Australia in two fixtures on 27 September.

The squad is as follows (WBBL|03 club in brackets):

“It’s pleasing to see young players such as Georgia and Tayla putting their hand up for selection, whilst they haven’t played a lot of domestic cricket Georgia has represented the Melbourne Renegades in the WBBL and both players have come through the player pathway, having taken part in the inaugural overseas Under 19 tour and been a part of the National Performance Squad this winter.

“We’re really fortunate with the depth we have in particular in the leg-spin department, and we feel that Georgia provides the full package that is required for T20 cricket, she’s an outstanding fielder and her bowling has really progressed over the last 12 months.

“Tayla is a little bit different to anyone else around the country, she’s been unlucky with injury over the last few years, but she’s come back and has performed at the right time. Tayla has the attributes to be that key strike bowler who can take early wickets, she’s young and competitive.”

“Jess sustained a knee injury in Australia’s internal trial match on the Gold Coast this week. As a result she will undergo arthroscopic surgery later in the week, when we will have a better idea of her return to play timeframe.”

Selectors have also named a Cricket Australia XI to take on Australia and New Zealand in two respective T20 fixtures on 27 September. The squad is as follows: