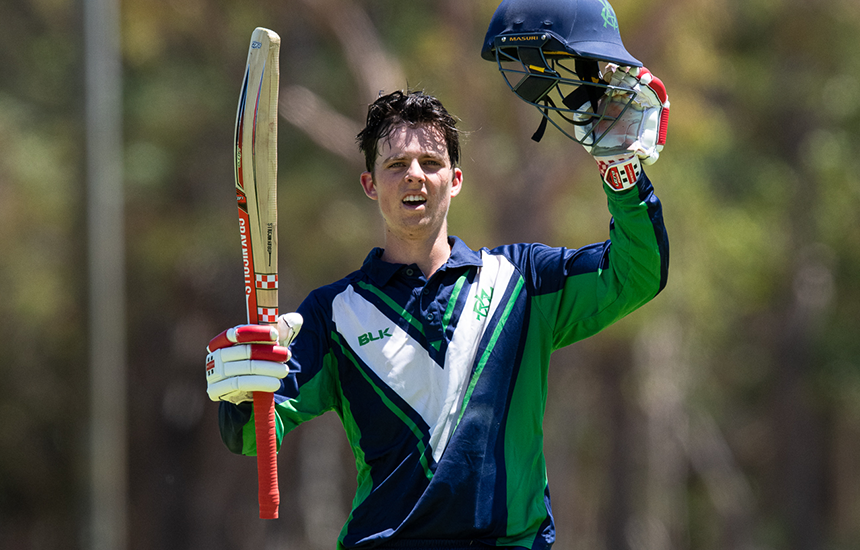 Victoria will be well represented at the 2020 ICC Under 19 World Cup, with four Victorian players named in the 15-player squad.

Jake Fraser-McGurk, Mackenzie Harvey, Patrick Rowe and Todd Murphy have all been selected to make the trip to South Africa.

Fraser-McGurk burst onto the domestic scene recently with half-centuries on first-class and List A debut for Victoria. He also made important contributions to the Victoria Metro team with both bat and ball in the recently completed Under 19 National Championships.

Rowe enjoyed a standout Under 19 National Championships for Victoria Country with both bat and behind the stumps. He hit two centuries during the tournament as well as completing 22 dismissals.

Murphy claimed ten wickets for Victoria Country across the Championships, leading the side as captain to the final against New South Wales Metro.

Harvey has also had experience at the top level of domestic cricket, making his List A and Big Bash debuts last season where he impressed with his stroke-play and fielding.

Cricket Victoria congratulates the four players selected and wishes them well for the tournament. The ICC Under 19 World Cup will be held from January 17 to February 9 in South Africa.