Handscomb, Tremain and Holland selected for Australia A tour of India 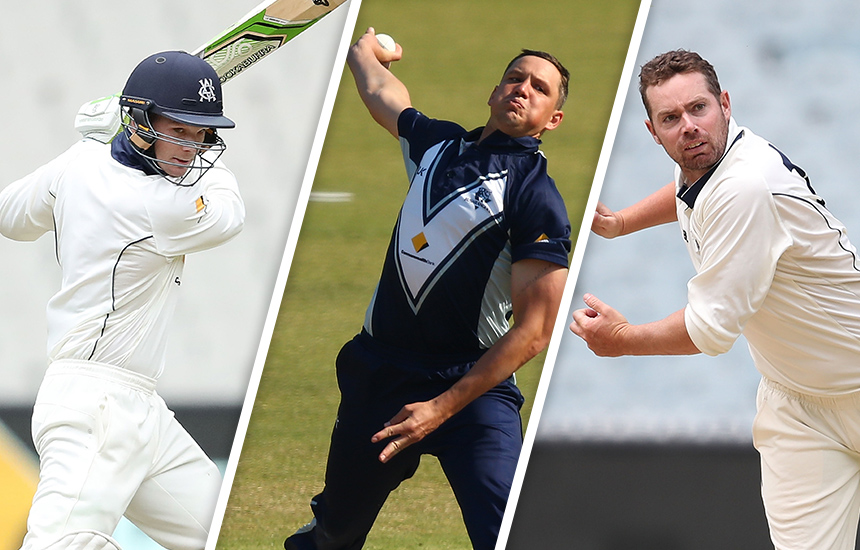 Cricket Australia has today announced two 14-player squads to represent Australia A in one-day and four-day matches on a tour of India in August and September.

Three Victorians feature across the two squads – state captain Peter Handscomb and 2017-18 JLT Sheffield Shield Player of the Season Chris Tremain have been named in both the one-day and four-day squads, while Jon Holland continues to push for national selection after being named in the four-day side.

With several spots in the national batting line-up up for grabs, the tour provides a great opportunity for Handscomb to return to the subcontinent and find form ahead of the 2018-19 Australian summer.

Tremain, who took a career best 51 wickets last JLT Sheffield Shield season, continues to push his case for national selection after last representing Australia in ODIs in 2015, while Holland will be looking to take his game to another level after being unable to break into the Final XI during the recent tour of South Africa.

South Australia’s Travis Head will captain the one-day team, while Western Australia’s Mitch Marsh will lead the four-day side. South Australia wicket-keeper batsman Alex Carey will be vice-captain for both squads.

“We’re really pleased with the squads we have assembled for this tour,” Hohns said.

“We’ve got a couple of really experienced international cricketers, a large group who have had a taste of playing for Australia already, and some emerging players who have performed strongly and we believe have the potential to one day play for their country.

“It’s an extremely important tour, as we look for players who can adapt and find ways to excel in sub-continent conditions.

“With Australia’s series against Pakistan in the United Arab Emirates fast approaching, it’s a chance for some players to push for selection for that series, and for all players to gain experience in sub-continent conditions.”