Harveys keeping cricket in the family 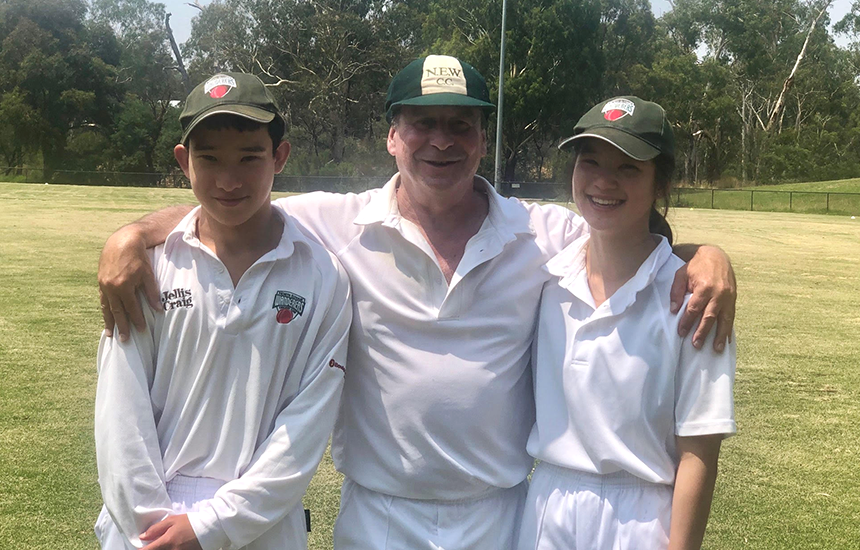 It’s exactly what happened in the Diamond Valley Cricket Association G3 Grade on January 18, with Glen Harvey, his son William (Billy) and daughter Matilda (Tilly) all donning the whites for the North Eltham Wanderers Cricket Club.

Glen’s association with the DVCA spans 30 years, having played with Bundoora United, Macleod and North Eltham Wanderers. Billy’s North Eltham career began in Under 12s during the 2015-16 season and Tilly joined shortly after, the pair playing together in the Wanderers’ Under 16 team in 2018-19.

Both Harvey children are playing Under 16 cricket again together this season, but Matilda has also moved into the Premier Cricket ranks with Plenty Valley Cricket Club, meaning that she usually doesn’t have the chance to play senior cricket for North Eltham on Saturday afternoons.

They certainly proved an effective combination. Glen took 1-18 from seven overs and Billy managed to go one better than his dad with 2-18 from five overs, one of those wickets caught by Tilly.

A century from North Eltham skipper Darren Morter steered his side to a comfortable eight-wicket win over South Morang, giving the Harvey family a cricket memory they will no doubt cherish for a long time, despite none of the trio being required to bat.

Let’s hope it’s not the only time they share the cricket field together. You can see the scorecard from the Harvey’s day out here.