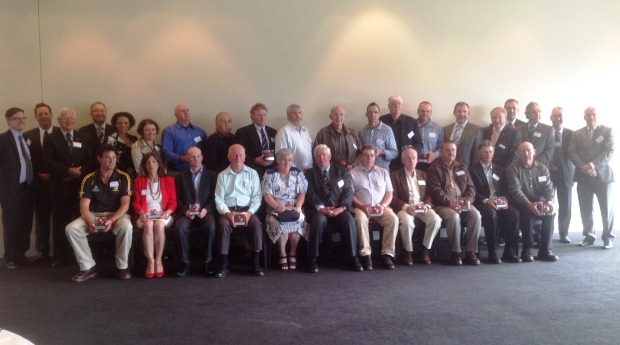 Central Highlands claimed a nail biting one-run victory over the North East Knights on the opening day of the Under-14 Victorian Bushrangers Pathway Championships in Melbourne.

Having won the toss and elected to bat, the Highlands set a target of 124 with Dylan Landt top-scoring on 46.

Despite a 68-run opening partnership from Mitchell Dinneen (18) and Will Donaghey (32), the Knights lost their last wicket in the 37th over, one run shy of the target.

Supported by some brilliant fieldwork, Matt Harris was the pick of the Highlands’ bowlers, leading the attack and claiming 3-20 from eight overs.

In other results, a five-wicket haul from the Inner East Emus’ James Boyce (5-6) restricted the Barwon Rockets to a total of 73.

Despite a three-wicket haul from Angus Humphrey (3-24), the Emus surpassed the total to complete their 40 overs on 6-111.

An unbeaten 80 from Harry Wardlaw and a half-century from Mackenzie Harvey (51) saw the South East Bayside Breakers reach a high score of 4-217.

An even bowling attack from the Breakers saw them keep the Gippsland Pride to a score of 90 in the 39th over.

The Southern Pioneers saw the South East Sharks complete their innings on 7-115 with Liam Richardson (2-6) and Nivin Sathyajith (2-21) claiming wickets.

In Ringwood, the Outer East Eagles compiled a score of 9-108 after 40 overs.

Tidy bowling figures from the North West Wizards’ James Deasy (3-7) kept the Western Spirit to a score of 8-109 with Mehtaab Singh top-scoring on 34.

However, the Spirit’s bowling attack also proved to be potent with Jay Vine (3-16) and Billy Koziaris (3-16) restricting the Wizards to 9-95.

Having been sent in to bat, a 67-run knock from Charlie Loveridge saw the Inner South East Scorpions to a total of 6-197.

A three-wicket haul from Hamish McIntyre (3-13) saw the Scorpions claim victory, bowling the Mallee Murray Bulls out for 108.

In the final game of the round, a strong Northern Rivers attack saw the Falcons all out for 60, with Alistair McCann claiming 3-6.

In reply, an unbeaten 41 from Jesse Trower saw the Rivers surpass the total and pile on 5-109.

To see full results from the Under-14 Victorian Bushrangers Pathway Championships, click here.