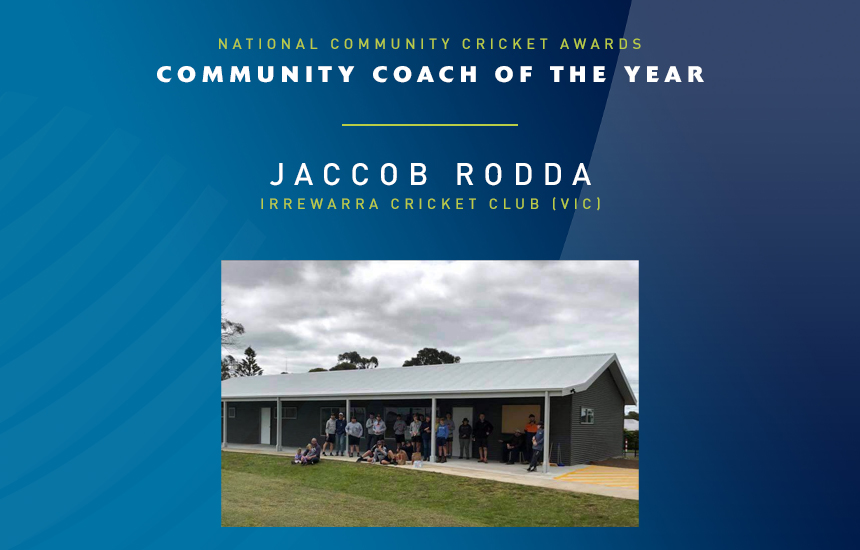 For Rodda, it is the second award in recent times after being named Community Cricket Coach of the Year at the Victorian A Sport for All Awards hosted by Cricket Victoria.

Rodda has been instrumental in the launching and management of new girls cricket programs in Colac and the wider region.

In 2019-20, Rodda set up the first ever senior female team with Irrewarra Cricket Club entering a team in the Geelong Cricket Association. Rodda coached the side and ended up winning the premiership.

The Community Cricket Awards are an annual celebration of the important work volunteers do across Australian cricket and role they play in managing and promoting the game to the broader community.