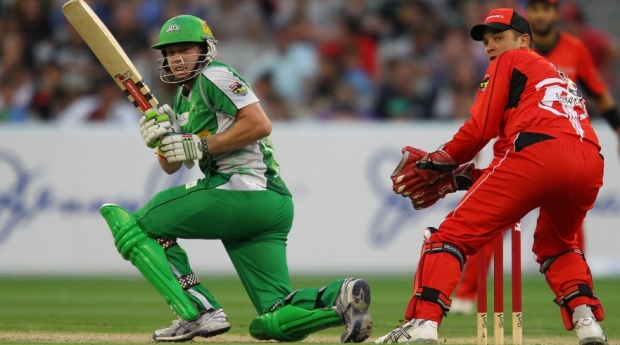 The second season of the KFC T20 Big Bash League will begin on December 7 with a huge clash between cross-town rivals Melbourne Renegades and Melbourne Stars at Etihad Stadium.

The Renegades will be out to atone for their 11-run loss to the Stars in a rain-affected first Melbourne derby in January.

With teams playing one extra home and away match this season, Melbourne fans will get an extra chance to see the two local sides locked in battle with a second Melbourne derby to be played at the MCG on January 6.

There will be eight home and away matches in Melbourne for cricket fans to enjoy with the derbies being played on Friday and Sunday, allowing club cricketers to not miss a minute of the action.

Etihad Stadium will be buzzing for the Renegades four home matches against Melbourne Stars on December 7, last season’s semi-finalists Hobart Hurricanes on December 19, the Daniel Vettori led Brisbane Heat on December 22 and the Adelaide Strikers on January 2.

The MCG will be looking to break the Australian domestic Twenty20 crowd record of 43,125 when they host Melbourne Stars four home matches.

The team in green will clash with the Hurricanes on December 15, reigning champions Sydney Sixers on December 21, the Renegades on January 6 and the Sydney Thunder on January 8.