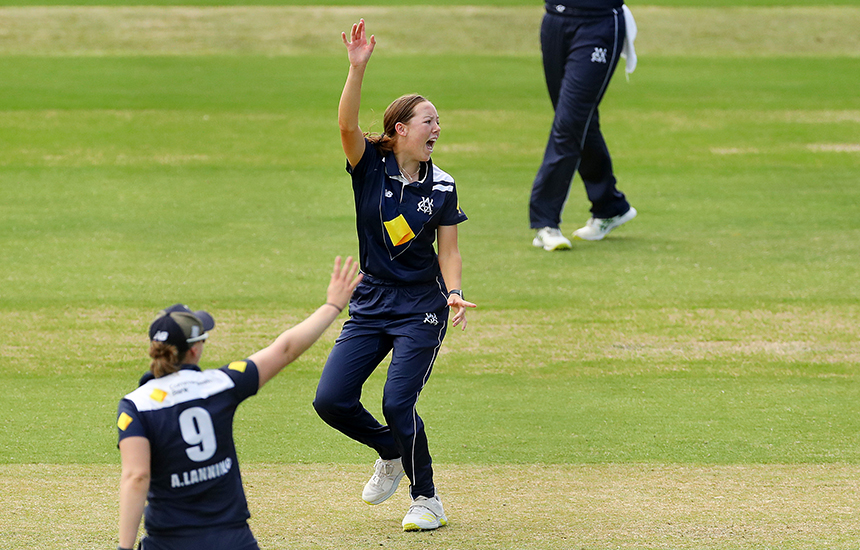 Cricket Victoria has confirmed 39 players have been selected across Vic Metro and Vic Country squads for the 2022-23 Under 19 Female Emerging Players Program.

The program aims to identify, develop and prepare players for next level of representative cricket, providing them with the best opportunity to showcase their skills at the upcoming National Championships.

The CA National championships will be held in Perth, Western Australia between 5th and 12th December with trial matches to be played during September.

Three Victorian state contracted players have been selected across both squads, with Rhys McKenna in the Vic Country squad and Ella Hayward and Olivia Henry in the Vic Metro squad.

Sara Kennedy, Bronte Leishman & Zoe Samuel are all eligible for U16 selection but have been selected in the U19 squads.

Victoria’s Emerging Players Program involves high performance coaching and support for players to develop their skills technically, tactically, mentally and physically to enhance their preparation for the 2022-23 season.

Players have been selected through strong performances in Victorian pathway programs and in Victorian Premier Cricket.

The Vic Metro squad will be coached by Anna O’Donnell and assisted by Amy Vine, while Nicole Martin will coach the Vic Country squad assisted by Victoria state contracted player Rhiann O’Donnell.

The Winter program will commence this week until the Premier Cricket season gets underway in October.

*Eligible for U16 Selection