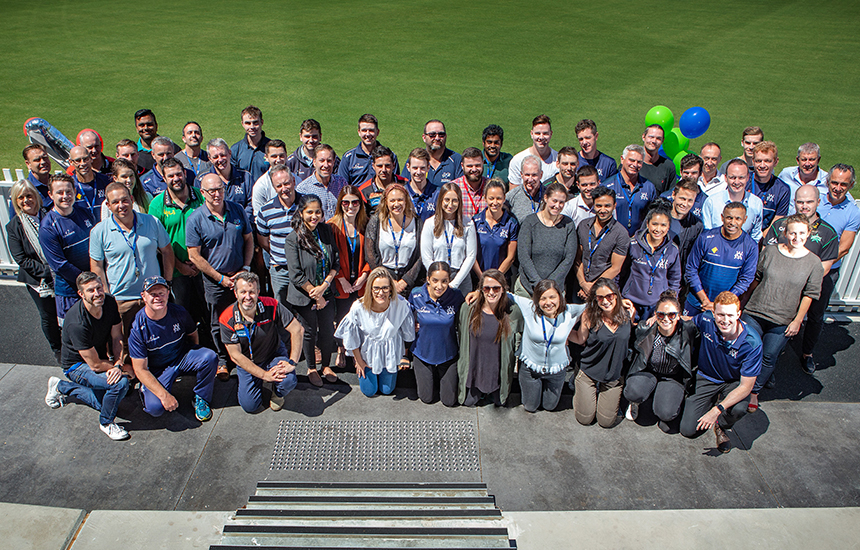 Cricket Victoria, the Melbourne Renegades and the Melbourne Stars have today celebrated the first birthday of the new headquarters at the CitiPower Centre in St Kilda.

Since opening in 2018, the $40 million facility has made itself a focal point among Australian cricket’s boutique venues.

On March 3 the venue will make its hosting debut in international cricket when Australia faces New Zealand in the Commonwealth Bank One-Day International Series.

In February and March 2020, the CitiPower Centre will host five pool matches in the ICC Women’s World T20.

The venue has an important role to play in connecting affiliate cricket organisations, volunteer groups and the local community. The centre continues to host a range of community groups and businesses in its facilities.

Among these local events were the Women and Girls Community Cricket Forum, Proud Cricket Day, Iftar Dinner, Secondary School Girls Leadership Forum and the Mullagh-Wills Oration – a part of Premier Cricket’s Indigenous round.

Cricket Victoria CEO Andrew Ingleton said the first year had demonstrated the positive footprint the facility could have locally and at state level.

“There’s no doubt our home already holds a pretty special place in Australian cricket. The facilities are world-class, and it has allowed us to have a really positive impact both within our business operations and with our many stakeholders in the local St Kilda and Albert Park communities,” Ingleton said.

“Being able to integrate all of our high performance preparation and playing environments with our administration areas has been a fantastic step forward and has given the whole organisation are broader understanding of their respective areas.”

“The past year has given us an excellent chance to understand what we can deliver at this venue and the best way to do that. Our next target is to continue building our community profile and look at new ways that we can engage with the local community and support local schools and community groups through access to our facilities,” Ingleton said.

The CitiPower Centre will next host the upcoming JLT Sheffield Shield match between Victoria and Queensland from 23-26 February.