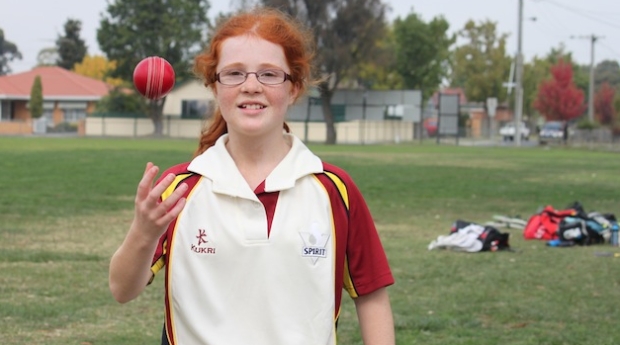 South Warrandyte's Jess Adams thrives on being only one of two girls in the under-14's division of the Ringwood and District Cricket Association.

So much so, Adams was recently awarded the bowling average trophy at the RDCA presentation night after claiming 10 wickets, at an average of 6.50, in the under-14-2’s league.

Having started her cricketing career at the age of three, Adams quickly took to a liking to the game after being enrolled into the MILO in2CRICKET program.

At the age of 10, she decided to take it up as a competitive sport and joined the Warranwood Sharks Cricket Club.

After one season with the Sharks, she moved to her current club in South Warrandyte.

The 14-year-old right-handed pace bowler was awarded with the RDCA’s bowling average after claiming ten wickets at an average of 6.50 runs during the home and away season.

“There are only two girls in the whole competition, so to win the bowling average was a pretty good feeling,” Adams said.

Along with this accolade, Adams was also involved in South Warrandyte’s grand final win, taking five wickets in the finals series at an average of 5.20 runs.

Being one of two girls in the competition, Adams noted that she relished in the chance of playing against the opposite sex.

“I enjoy it because it’s a tougher competition and it motivates you to want to win and gives you more determination to win,” Adams said.

For now, Adams is looking to the near future where she will focus on the chance to represent Victoria.