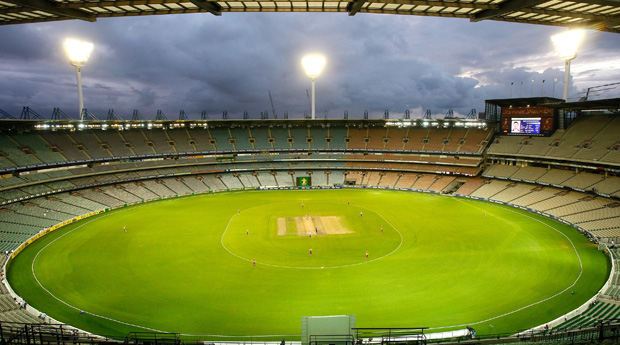 The Melbourne Cricket Club will break new ground this summer after being granted entry into the top-flight of the Victorian Women's Cricket Association.

With the MCC established in 1838, the 2012-13 season will mark the first time in its 174-year history that it has fielded women’s cricket teams.

Further to fielding a team in the Essteele Premier Firsts, the MCC will compete in Premier Seconds and will also run a junior development program for girls, all part of the requirements of being a VWCA Premier Club.

Underlining the MCC’s commitment to the move, Demons legend and Team of the Century wicketkeeper Robert Templeton has been appointed head coach of the women’s program.

Templeton, who coached the men’s side in 2008-09, played in five MCC First XI premierships and in 302 matches effected an all-time record of 671 dismissals.

The club’s home ground, Albert Cricket Ground, will be used as a training base for the women’s teams and will also host VWCA matches when available.

Over the years, some of the game’s most decorated players have represented the MCC including Bill Ponsford, Warwick Armstrong, Max Walker, Dean Jones and more recently Brad Hodge and Andrew McDonald.

“We are determined to make a significant contribution to developing women’s cricket, and having teams in elite competition is a core element,” MCC Cricket Chairman David Crow said.

“This is an exciting development in the rich history of MCC cricket.

“An enormous amount of time and energy has been invested to get us to this point and we are confident that our players and coaching staff will represent the club with distinction.”

The MCC will become the first club since 2002-03 to be submitted entry into the Essteele Premier Firsts, with VWCA President Rachel Durham applauding the move.

“The VWCA is excited by the MCC’s new initiative and we look forward to them joining the competition,” Ms Durham said.

“We’ve got a Premier Cricket criteria that clubs need to meet and the MCC have ticked those boxes…so it should be a great season ahead.”

Cricket Victoria Chief Executive Officer Tony Dodemaide hailed the MCC’s entry into the VWCA as a significant milestone for women’s cricket in the state.

“The MCC has a storied history and we applaud the club’s decision to join the VWCA,” Mr Dodemaide said.

“It’s a natural fit, given the MCC’s standing in the game, and a great opportunity for the competition as a whole.

“Increasing female participation is central to Cricket Victoria’s strategic vision, and we look forward to working with the MCC to help achieve this plan.”