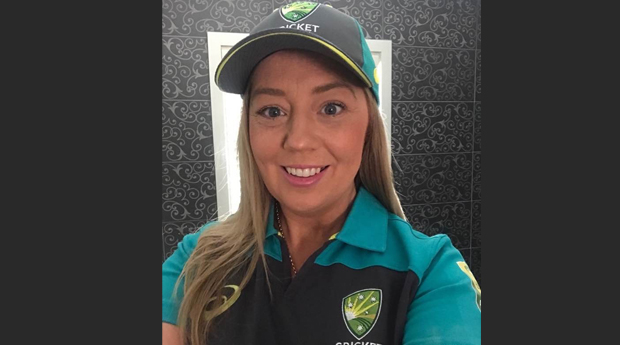 Cricket Victoria is pleased to announce the winners of the Coach of the Year awards for the past 2016-17 season.

Coaching at all levels presents several different challenges, and Cricket Victoria recognises all nominees for their outstanding work in developing teams, programs, and the future of cricket in our state.

The winners are as follows:

Congratulations to all nominees and winners for giving up their time to deliver outstanding cricket opportunities to their communities.

Full list of nominees and reasons behind their nominations below.

Female Coach of the Year

With over 50% of Bacchus Marsh Cricket Club’s numbers returning from last year, there is no doubt that the kids and the parents rate their program. This can largely be attributed to Jenna’s impact on the program. This year they started a T20 Blast program that was made up of last year’s Milo kids, showing they enjoyed the year before. Bacchus Marsh has been able to start a girls’ only night consisting of girls from the Milo program. The helpers from the club turn up every week, which has been a major problem in previous years, but they really enjoy the night and look forward to each Friday. Jenna’s enthusiasm and organisation have been the major reason for the growth and success of their program over the last 2 years.

Aimee, who is very shy at first, has coached the Under 10s for the past two years and each time the kids are always excited to participate. The kids have grown a lot over the year which is a testament to her attention to detail in her teaching methods. Some even want to repeat training drills! She is also creating a better learning environment for her own cricket, making 160 runs this year. Aimee has also made it to Indoor Cricket Opens in last year’s and this year’s competitions.

Shelley started at Caroline Springs Cricket Club this year, bringing her daughter to Milo cricket but ended up as the girls’ coach. Having never coached, Shelley took all girls on board, and used her playing experience to teach them all she knew and to form a bond between the girls. It all paid off as the girls won the first Molly Strano Cup. Shelley was instrumental in making this happen.

Kellie’s biggest achievement is the successful development, launch and delivery of Ballarat’s first ever MILO in2CRICKET centre exclusively for children with disability. Previously she knew very little about the sport, so she had to learn every aspect from basic rules through to coaching methods. Kellie has been fantastic at engaging with the community. She has leveraged this engagement to source a centre venue and receive media attention, volunteer assistance and sponsorship. Kellie successfully developed, maintains and regularly updates a social media platform to promote session activity and engage with the participants’ parents. She makes frequent contact with all parents of participants to make sure the individual needs of their child are being met. Prior to the program beginning, Kellie called the parents of all registered participants to identify each child’s disability. She then planned the program to suit the unique needs of the children.

Shane is an outstanding servant of local cricket across many areas. He volunteers time to many junior players and mentors them to be better people and players. He was Assistant Coach of the Victorian Under 15 Girls’ Team who was National Champions for indoor cricket and runs a very successful T20 blast at Hampton. He also volunteered many hours as a selector and coach for SECA in the VMCU under 14’s this year.

Cameron has single-handedly turned the Williamstown Cricket Club’s MiloIn2Cricket and T20 programs from what were flailing programs into vibrant and successful programs. Cameron’s preparation and planning is second to none and he provides the best quality of programs in the area. In addition to being the Milo In2Cricket and T20 Blast Coordinator, Cameron also coaches the U/11B Cubs side and is the Junior Coordinator at the club and has reinvigorated the junior program. Cameron could be a very worthy recipient of either MiloIn2Cricket/T20 Blast Coordinator of the Year or Junior Coach of the year.

Junior Coach of the Year

Simon has shown a commitment to developing the game at junior club level and community level. He has had a clear impact with local schools, clubs and junior players, and shown a willingness and determination to improve their development as a coach. He encourages players’ parents, family members and friends to volunteer with game duties, creates a fun and engaging environment and cultivates learning & enthusiasm, and increases junior playing numbers at their club. He also develops weekly training sessions that cater for all individual junior players of whatever skill and ability.

Brendan took over the coaching of the U16’s in the last two seasons after two seasons as an assistant. This season the U16’s clinched their fourth premiership in the Wangaratta and District Cricket Association. Brendan has worked closely with the group over the four years, as well as overcoming several personal issues. For a 23-year-old to be giving his time as a volunteer has shown maturity and dedication worthy of nomination for such a prestigious award.

Gavin has made an outstanding contribution to the Central Highlands region for the past few years. Starting his coaching through Gisborne Cricket Club and Gisborne representative teams, he then moved into the Central Highlands U14 boys’ role for the past two years. Whilst an exceptional off-field coach, his greatest asset is his ability to teach life skills and lessons through his coaching. This has seen personal development shown in the players, but also in the parents and coaches assisting him and is truly reflective of the positive impact he has on the people around him. In doing all of this, Gavin is very humble, modest and will struggle to recognise the impact he has on these people by just being a quality person.

Senior Coach of the Year

In his first year as coach he took the Victorian Indigenous Male Team to the team to its first ever national championship in Alice Springs this year. His preparation for the championships was excellent and his communication was second to none. He showed a real care towards players and knew what would get the best out of each individual. He also went on to coach Japan in the World Cup qualifiers in Bendigo, along with being an Assistant Coach with Melbourne in Victorian Premier Cricket.

Williamstown Cricket Club won the VSDCA championship for the first time with the first three teams finishing on top. The previous three years the First XI finished 10th. Dale prepared specific, intense and varied educative practice which has seen standards at the club lift considerably. The batters achieved quality and volume that has rarely been witnessed elsewhere. Dale is a positive and calm speaker and identifies key areas to improve from games, and implements practices accordingly. He is firm but respected by the players and identifies a clear path to success. The new players were integrated into the club compassionately. He also monitored bowling loads precisely, delegated opportunities and guided the Assistant Coach and coaching team. He identified the importance of consistently working with a mentor and accepted his advice. He is an outstanding tactician and technical role model and managed individual & group work effectively

Matt made an outstanding contribution to Mt. Clear Cricket Club in just his second season as senior coach, guiding four out of five senior teams into finals. Organised, innovative, professional, young and enthusiastic are just some ways to describe his approach to coaching. His ability to communicate with players of all abilities and backgrounds, combined with natural leadership qualities, see him highly regarded, not just as an asset to Mt. Clear Cricket Club, but to cricket development in the community where Matt is also senior coach of Ballarat Grammar School.

Mark took on the voluntary role as senior playing coach of Seddon Cricket Club at the start of last season. He was previously the captain of the Seddon 1st X1. Mark demonstrated exceptional leadership qualities by delegating responsibilities to a number of assistants within the club and, in turn, leading the 1st X1 to the VTCA North West premiership. Throughout the season the club encountered a number of challenges. During this time Mark galvanised the playing group to keep focussing on the task of making finals and eventually winning the GF after making a club record 462.