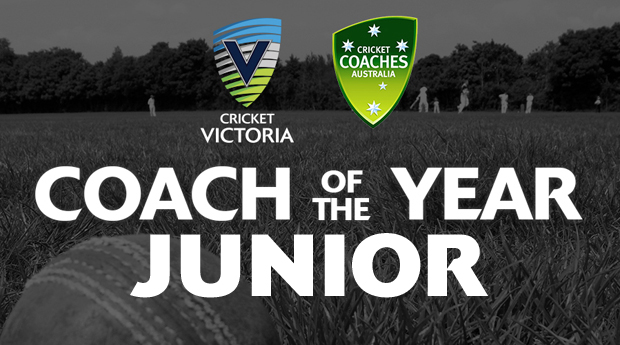 JUNIOR COACH OF THE YEAR

Damian first became involved at Association level when his son trialled for and became a member of the GDCA Under 12 team.  The following season in 2011-12, he took on the role of GDCA Under 13 coach for Junior Country Week and has coached this team through to Under 17 Kirton Shield this season.

Through his passion for sport, and his enthusiasm to develop young players, not just as sportsmen but also as young men, he quickly became popular with parents and officials.

He has introduced such initiatives as awarding the best player from the opposition the match ball after each match, and getting his players to make speeches to thank all involved in providing the lunches.

This validates his thorough preparation, clear communication, and his personal commitment to each player.

Much of the success of the GDCA junior cricket program today can be attributed to the fundamentals Damian has put in place over the past five years, and then adapted for all of the GDCA teams to use.

All winners in their category will receive the following;

The four category winners (female, MILO in2 CRICKET, junior and senior) will now go into consideration to become the CV & CCA Coach of the Year for 2015-16.

The winner of this award will also;