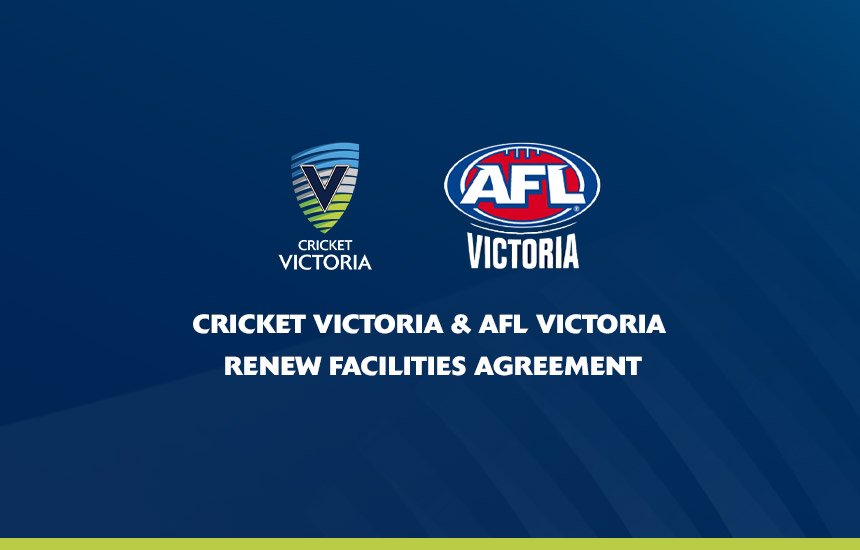 Cricket Victoria and AFL Victoria, in collaboration with the Victorian Government, have established a new agreement addressing shared use of facilities across the state.

The new agreement, which came into effect on April 1 and runs until March 31, 2025 is designed to provide guidance to Local Government Authorities and Community Leagues / Associations regarding fixturing and usage at local level.

The overwhelming majority of grounds used by community football and cricket clubs are shared by both sports who generally play across the respective traditional six-month windows: April to September (Football) and October to March (Cricket).

The broad principle of the agreement strongly recommends community cricket clubs being afforded priority use rights of shared facilities during the traditional cricket window (October to March) and community AFL football clubs having priority rights to shared facilities during the traditional football window (April to September).

Cricket Victoria CEO Nick Cummins said the agreement was important to support clubs and local governments in scheduling and decision-making.

“We appreciate the support of the Victorian Government and AFL Victoria in helping to renew this agreement. It gives the cricket and football communities a clear and consistent basis for decision-making throughout the year. There is already a strong level of cooperation between our codes and today is another important milestone,” Cummins said.

Head of AFL Victoria Ben Kavenagh noted the value of maximising facilities for the benefits of local communities.

“Local sporting organisations such as Australian Football, Cricket and Netball clubs are the lifeblood of their communities. Effective use of shared facilities is vital to maximise precious open space across the state and this agreement will assist all parties have in place quality plans.”