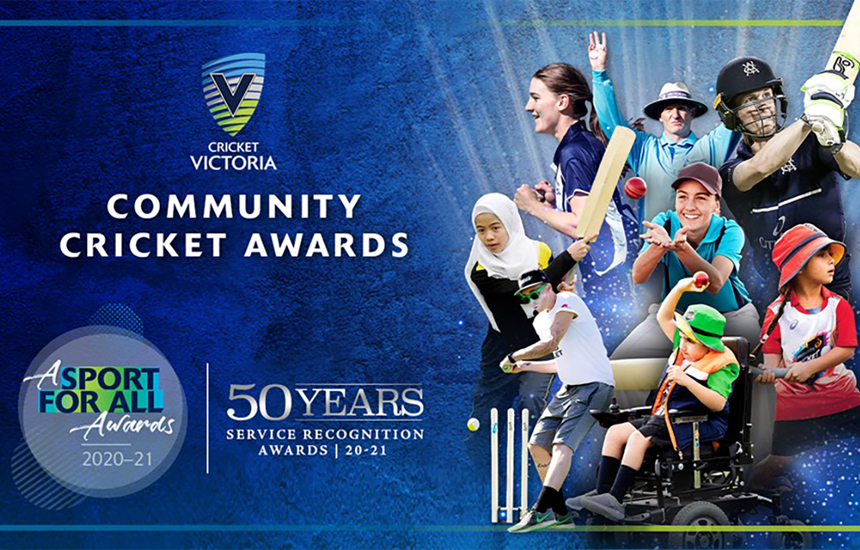 Cricket Victoria congratulates all winners who were toasted last night at the Community Cricket Awards.

Held at the CitiPower Centre, the night included presentations to recipients of both 50 Year Service Recognition Awards and the A Sport For All Awards, celebrating the great contribution and achievements by many across Victorian cricket.

During the Awards, 32 recipients were recognised for their contributions to Victorian cricket for 50 or more years.

Among those recipients was Alan Campbell. Alan first started coaching Juniors at St Mary’s Cricket Club in Dandenong in 1977 where he embraced coach education and encouraged others to do so. Today he continues to contribute by coaching juniors and is the Junior Cricket Coordinator, while still playing in the club’s 4th XI.

Cricket Victoria also announced its winners of the A Sport For All Awards, which highlights those within the community who promote inclusion and diversity.

Cricket Victoria CEO Andrew Ingleton said cricket would not be what it is without our thousands of volunteers.

“These awards recognise and celebrate those people in the community who make a significant contribution to cricket and allow the whole community to be involved in the game we all love.”

A full list of the recipients from both the A Sport For All and 50 Year Service Awards is below: