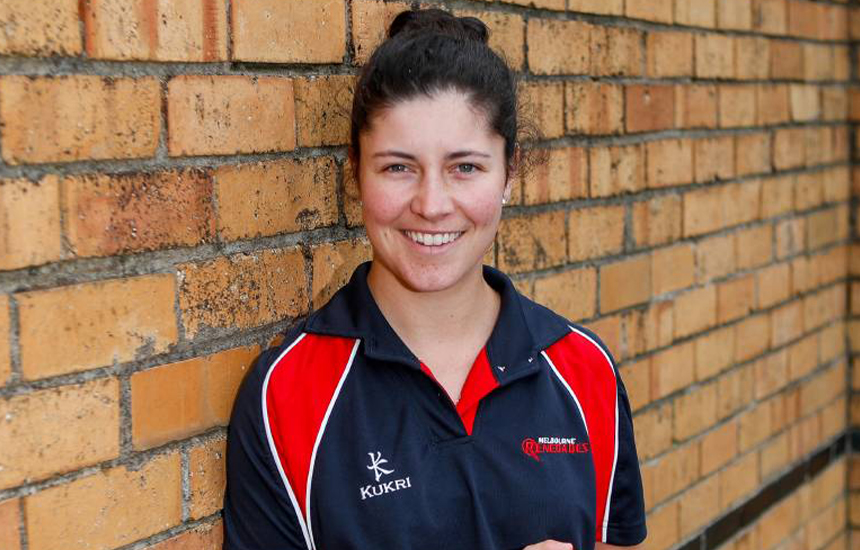 Grace, tell us about your cricket journey
I started playing in a local boys team in about 2006. I was then fortunate to be selected as a part of the Western Waves U14s in 2009-10. From there, I continued to play in the Waves rep sides until my final year in 2013-14 where we won the State Championship at the MCG. Following this, I wanted to stay involved in the Western Waves pathway and give back to the region and have since been involved with the U14 Girls team as both a coach and manager.
Since 2015, I have also had the role of Female Development Officer/Female Delegate on the Western Waves Regional Board. I am currently the coach of the Pomborneit Women’s and Girls teams in their inaugural season and have played for Essendon Maribyrnong Park in the Women’s Premier Seconds competition for the last 8 years.

As a female in a male dominated sport, how have you seen this change over the years? What’s your hope for young females participating in the sport for the future?
There are always challenges being a female in a male dominated sport, but I am very fortunate to have had great support over the years from major stakeholders in the region including former CAT Stephen Field.
It has been fantastic to see the growth and interest of female cricket accelerate over recent years. The opportunities that now exist for girls are a huge credit to the many people that put in the hard yards to get our sport to this point. It’s super exciting and I cannot wait to see how it continues to grow over the next 5-10years

Who’s your female icon and why?
In female sport, there are so many notable and influential women and leaders. I admire the likes of Ellyse Perry, Alyssa Healy & Meg Lanning, for not only their contributions on field, but off field as well.
Personally, some women that have shaped my journey in cricket are: Clare Cannon, Sarah Elliott, Loretta Kearney and many of my team mates at EMP

What does International Women’s day mean to you?
IWD is an opportunity to showcase and broadcast many of the amazing women across the world. It’s exciting to see the achievements of notable women and the growth and expansion of women in sport. 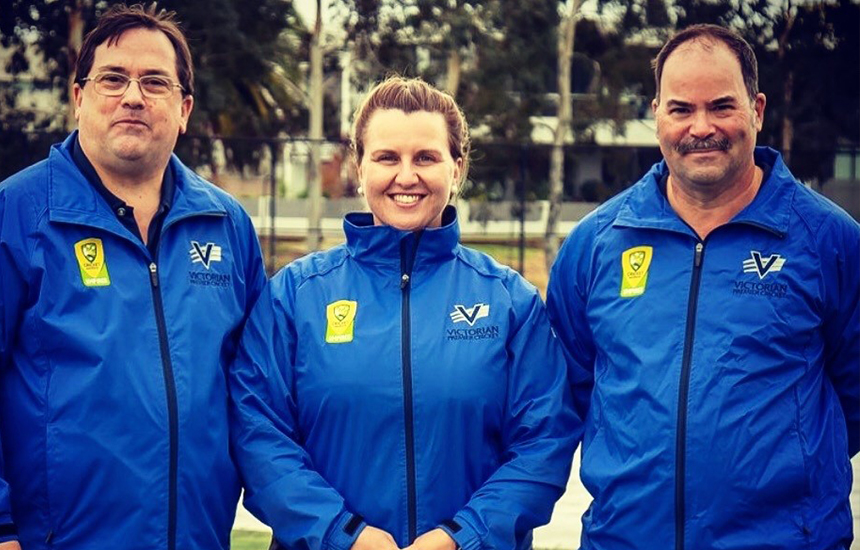 Lisa, tell us about your cricket journey
My umpiring started in the regional town of Bendigo in Victoria. Was just a little hobby to get me more involved in the community. I love the game, and I was lucky to be surrounded by a great group of men up there. Things progressed to now being Premier League here in Melbourne, and I was lucky enough to be selected for the Victorian state panel in season 2019/20.

As a female in a male dominated sport, how have you seen this change over the years? What’s your hope for young females participating in the sport for the future?
Well starting in the country things have changed a lot over my short time involved in cricket. I was very much one of the few to be involved in cricket when I started, but now I am happy to say that I am one of many. This has been helped with the rise of the women’s Australian team, and also the participation of women in cricket in general.

Who’s your female icon and why?
My female icon would be my late grandmother. She always has been and I think she always will be. She always lived her life to the best she could for any situation, and was always the one to help and support wherever she could. The grace and character my grandmother showed everyday is something that I live everyday trying to emulate.

What does International Women’s day mean to you?
It’s a day to be proud of how far we have come. And also to celebrate all the women, and also all the achievements that women around the world have accomplished over time.

We should all be so proud, and also determined to push forward to give the next generation more opportunities to for fill their dreams.