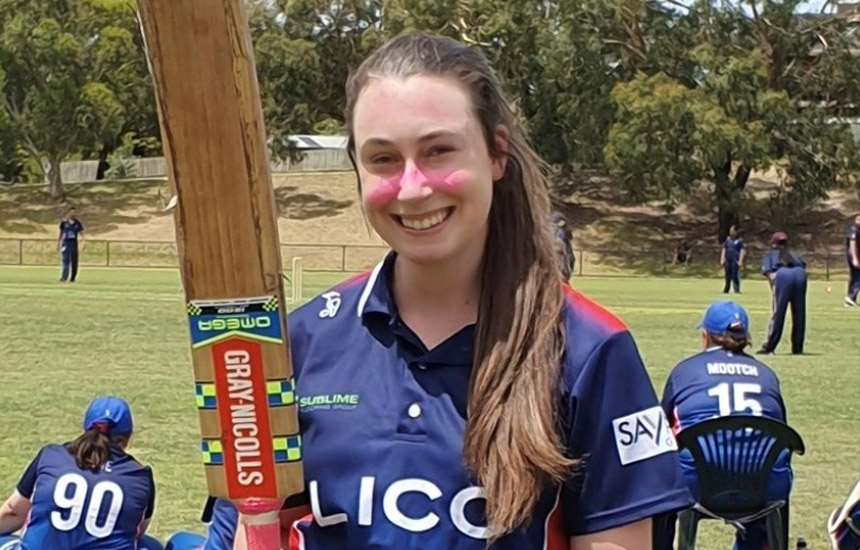 Today we’re featuring Taylor Mullins as part of our week of female focus for International Women’s Day. Her story is one of breaking barriers and paving her own path for the sport she loves.

Taylor, tell us about your cricket journey

My cricket journey began in 2016/2017 season in a junior girls cricket side at Long Island, the only female side at our club and one of the only in our area. To further continue my cricketing I was playing in junior boys teams to try and obtain a pathway into rep cricket for females. In my first year of cricket, I was the first girl to play in a male final for my club. My next cricket season I made the female Sharks cricket team and represented them as well as being the first female at my club to play in a senior men’s comp. The following year I team managed/assistant coached for two Mornington girls peninsula rep teams. I just completed my second season of coaching the junior girl’s cricket team at Long Island and have created and captained the first-ever senior women’s team at the Long Island. I am trying to further promote female cricket at my club as well as in the community.

As a female in a male-dominated sport, how have you seen this change over the years?

As a female in a male-dominated sport, the first few years of my career were very challenging as I wasn’t accepted by other teams or often picked on game days as well as feeling isolated, however as the years have progressed this challenge has become minimal due to the growth of female cricket through the years and particularly males have been more accepting.

Who is a female icon you aspire to be like?

My female icon is Ellyse Perry because I love watching her play and she has been able to break the stereotype of cricket being a male sport as she is one of the most talented and respected cricket players in Australia.

Tell us what International Women’s Day means to you

International Women’s Day means a lot to me as a lot of women can receive the recognition they deserve from social, economic and political achievements in their occupations.