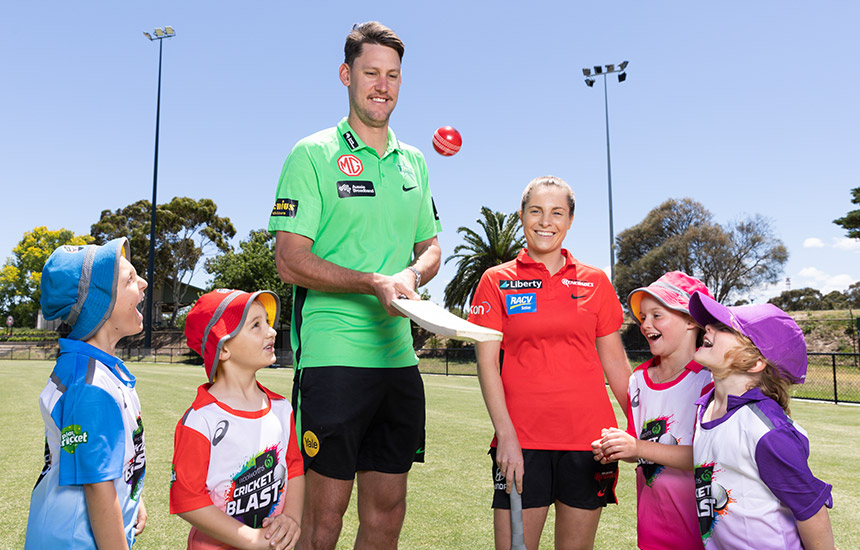 More than 50 clubs across Australia, including 26 in Victoria, have been selected to receive a smoothie kit from Woolworths valued at over $1000 each to help young cricketers to enjoy a healthy, delicious snack and fuel them to play to the best of their ability.

The kits, recently delivered to club canteens include a commercial blender, Woolworths voucher to purchase fresh food, recipes, cups and straws. Clubs also receive a counter card with a QR code for their canteen, which links to an interactive digital experience for participants.

Clubs throughout Australia with a Woolworths Cricket Blast Centre were invited to enter the competition and were required to share, in twenty-five words or less, why they should receive the kits. Many local cricket clubs cited hot weather and healthy eating as the key drivers for their application.

Victorian Women’s cricketer Sophie Molineux has put her support behind the campaign to encourage young Aussies to make healthy choices.

“This is such a great initiative, and it’s something I wish we had when I was going through my junior cricketing years,” Molineux said.

“Cricket clubs play such an important role in shaping a young cricketer’s habits and set them up for a healthy and nourishing life.”

“The Woolworths smoothies kits will no doubt be welcome additions to cricket clubs across Australia and get them through the hot summer days on the field.”.

The campaign is part of Woolworths Pick Fresh, Play Fresh initiative which aims to inspire healthy eating habits in Australian kids through sport, helping them play at their best and follow in their heroes’ footsteps.

“We’re proud to help club canteens across Australia fuel their young athletes with smoothies and help educate young cricket fans and their families about the natural connection between picking fresh and playing fresh.”

“We are very grateful for Woolworths’ continued investment into community cricket and for helping to push the message of healthy lifestyles through initiatives like this one.

“The smoothie kits will help encourage clubs to provide healthy snacks to their participants. It’s great that Woolworths and cricket can play a role in promoting healthy eating habits to junior cricketers across the country.”

“There is still plenty of summertime left for families to grab a smoothie from the participating clubs and register for a Woolworths Cricket Blast program.”

Across Victoria, 26 cricket clubs were successful in their application for a smoothie kit, including the below: