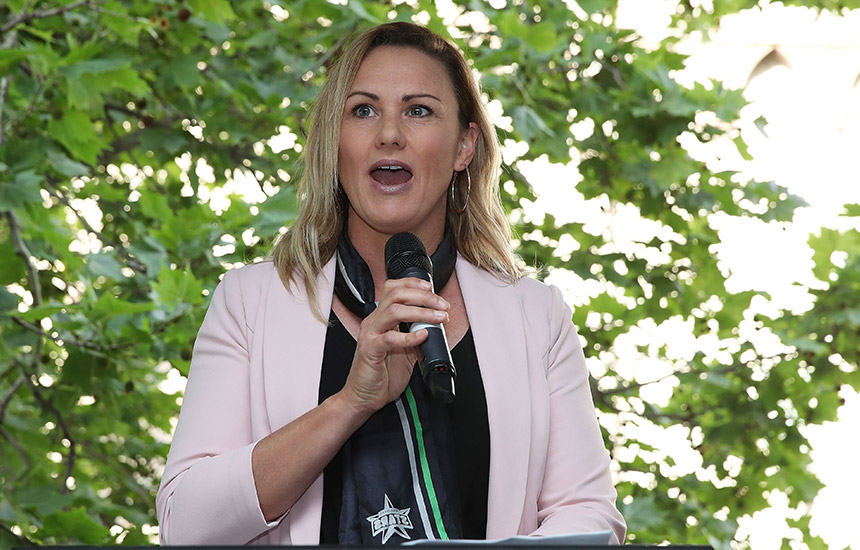 Cricket Victoria is pleased to confirm the appointment of Sharelle McMahon as the organisation’s new Head of Female Cricket.

McMahon joins Cricket Victoria having most recently been Assistant Netball Coach at the Victorian Institute of Sport and a specialist coach with the Australian Diamonds.

“It’s great news for Victorian cricket to have someone of Sharelle’s calibre and experience coming into the game. There are some who may be surprised that we have looked outside cricket for a leader of the women’s program. However, we were looking for a dynamic presence to lead and enhance our entire female cricket environment, rather than a coach, and I know Sharelle will have a wonderful impact on our system,” Cummins said.

“We’ve got deep cricket experience across our organisation and Sharelle will be well supported in her transition. Sharelle understands high performance and understands what it takes to be the best in the world. There is a lot that Victorian cricket will benefit from with the fresh perspective Sharelle brings.”

McMahon remains one of Australia’s most successful netballers.

In total, McMahon won two gold and two silver medals across four Commonwealth Games. She won two Netball World Cups and played for Australia 118 times and the Melbourne Vixens and Phoenix more than 200 times in an international career spanning 14 years.

“I’m pretty excited – and I’ll admit nervous – about making the move into cricket. I’ve always prided myself on new challenges and new learning and this is a fantastic opportunity to bring my knowledge of high performance and elite women’s sport to Cricket Victoria,” McMahon said.

“I’ve spent a lot of my career so far bringing women and girls to netball and I’m looking forward to the opportunity to work on what cricket does well, where it can improve and how we drive a new era of female engagement in cricket,” McMahon said.

“Sharelle McMahon is one of the most iconic names in female sport, and it has been an honour to have witnessed her contribution to netball over the last 25 years as a player and in her coaching roles,” McKinnis said.

“Sharelle will be missed by the players and staff not only for her guidance on the court, but also the mentor and friend she is away from it. We wish her all the best in her new role, as she continues to contribute to the growth of women’s sport.”

McMahon is scheduled to commence with Cricket Victoria in September.