2011 Victorian Cricket Team for Players with an Intellectual Disability announced 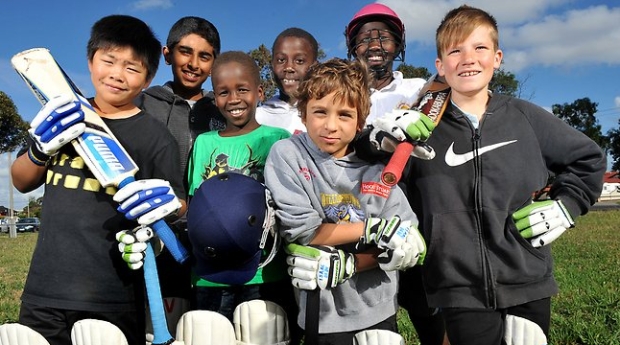 Victoria's All Abilities State Cricket Carnival ended on Sunday at Casey Fields, with a 12-man State Squad being selected at its conclusion.

The early morning rain didn’t dampen any spirits out in Cranbourne as the players all took to the field to participate in modified matches.

Despite only being able to squeeze in one round of matches, the players were enthusiastic about the prospect of playing some cricket.

A special guest appearance from DEC Bushranger and local Dandenong CC player, Darren Pattinson inspired many of the cricketers to get out there and show the Victorian selectors their skills.

At the end of the day’s play, the 2011 Victorian Cricket Team for Players with an Intellectual Disability was announced.

For the first time in the history of this competition, the squad includes a father and son. Adam Loy and son John will make history when they represent Victoria next season.

“I am a very proud cricketer and father today. I taught John everything he knows!” said Adam.

Cricket Victoria would like to take the opportunity to thank Casey South Melbourne CC, Cranbourne CC, the City of Casey and most particularly the Victorian State selectors Bernie O’Conner and Brian Burk for their continuous dedication to the All Abilities program.

The 2011 Victorian Cricket Team for Players with an Intellectual Disability is: