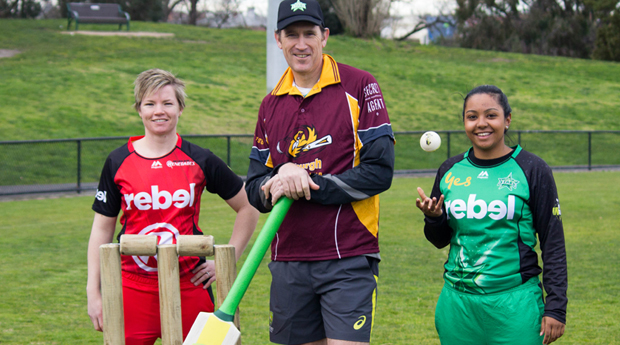 Comprehensive research conducted during season 2016/17 concluded that 87% of players wanted to enjoy playing cricket more. Surveys involved 640 teams across the state and watching 6,241 innings of grassroots junior cricket, determining both deterrents and catalysts for kids playing the game.

“The overall goal of the research is to have more people loving cricket,” Tutton said.

“There is so much competition for the hearts and minds of kids and also for their parents when making the decision of what sport their children play.”

We want to make sure that our sport of cricket – which is much loved across the country – continues to be just that, and what we were finding was that the experience at a grassroots or a community level wasn’t reflective of that,” Tutton said.

Some of the major changes for these children in Stage 1 (Under 10/11s) and Stage 2 (Under 12/13s) included using softer balls, having fewer fielders and playing on pitches of 16 metres in length, compared to regulation size of 22 metres,

These changes in the pilot resulted in more accurate bowling, more runs scored and greater activity in the field.

“We want to make sure kids are given the opportunity at the youngest age when they first come in to a local club environment. To get the opportunity to develop their skills, have as much fun as they possibly can and most importantly come back the next season.”

The new and improved formats trialled in the 2016/17 season were a smash hit for youngsters. Among the improvements were more balls being bowled in play (53% increase), less wides and no-balls contributing to the total score (35% decrease) and more balls being hit by the batsman (13% increase).

“When compared to their previous experiences in cricket – be they in the schoolyard or at a local club or as part of an entry level – the junior formats match conditions that they played in through season 16/17 provided a better experience and a more enjoyable experience for them,” Tutton explained.

The parents were reporting the same thing. That conversation on the car of the way home, those conversations that always happen with Mum or Dad, Grandma or Grandpa, were kids telling those people they were having a better time at cricket,” Tutton said.

Ultimately, the most powerful thing for Tutton was seeing the enjoyment of the children himself.

“It’s also going out and seeing these in action and seeing the smiles on the kids’ faces to really understand the impacts – because this is who it is really all for,” he said.

One of the major points of contention for those not involved in the project was children not learning the consequence of getting ‘out’, enabling them to build resilience and grasp the reality of the game. Tutton believes this is not the greatest concern for this younger target audience.

“[Resilience is] one of the great teaching points of cricket,” he said.

It’s really for those children that are aged eight, nine and ten. I question whether we need to focus as highly on that resilience piece on that age group, or whether our focus should be elsewhere.”

However, a new introduction to the pilot has been included to combat the issue.

“We need to find some sort of reward or consequence for losing your wicket, and we’ve done that where we add runs to the fielding team’s score,” Tutton said.

These new formats will be rolled out over the next three years, and will allow junior cricket and children’s love for the game to prosper.