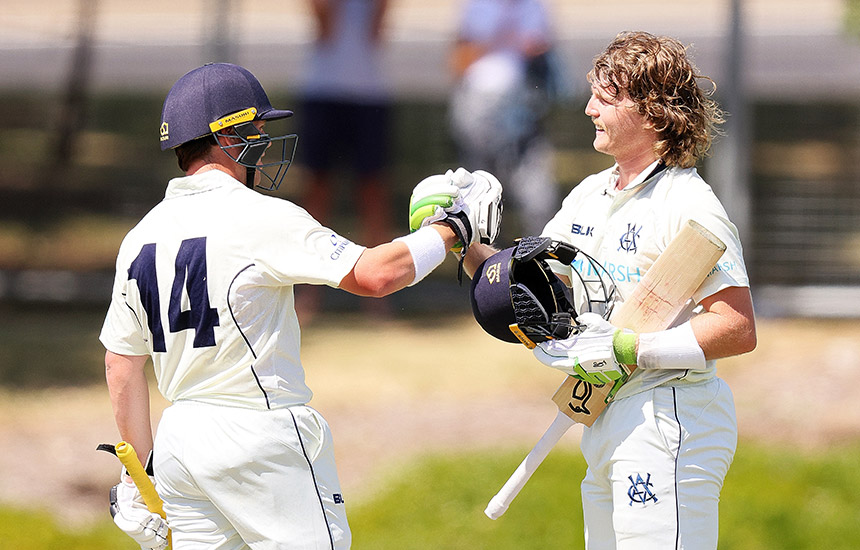 Five Victorians have been selected across the Australian Test and Australia A squads announced by Cricket Australia on Thursday.

Batsman Will Pucovski and paceman James Pattinson were among the 17-player Australian squad selected for the Vodafone Test Series against India, starting at the Adelaide Oval on December 17.

Selectors chose the expanded squad considering the bio secure hubs that the team will be based in and the need to plan for replacing players at short notice if required.

National Selector Trevor Hohns said, “Two of those many standout players were of course Cameron Green and Will Pucovski. Their undeniable form demanded selection and we are very pleased to have these young men in the squad for what will be a tremendous Test Series against an extremely formidable opponent.

“Will’s record breaking start to the summer has been exceptional. His ability to show such patience is something which stands him in good stead for Test cricket and he is in rare company with two double centuries to start the summer. We very much look forward to Will developing further on the international stage.”

Selectors have also chosen a 19-player Australia A squad to play India A and India in tour matches at Drummoyne Oval and the Sydney Cricket Ground, which includes nine players from the Test squad and Australian captain Tim Paine. Final sides and a captain will be chosen closer to each match.

Batsmen Nic Maddinson and Marcus Harris and all-rounder Will Sutherland have also been selected in the Australia A squad.

Australia A versus India A and India: