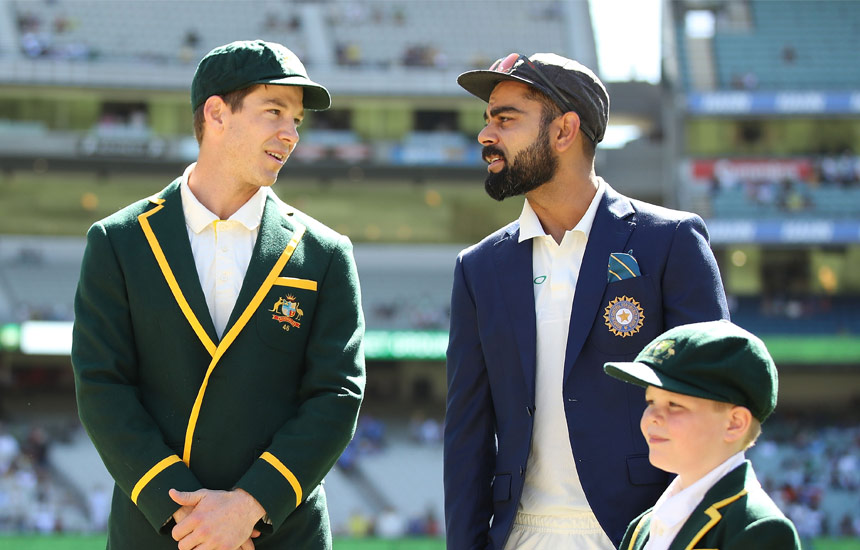 Cricket Australia has confirmed the Boxing Day Test is scheduled to go ahead at the MCG following updates to the schedule for the eagerly anticipated Vodafone Test Series, Dettol ODI Series and Dettol Twenty20 International Series between the Australian and Indian men’s teams.

The battle for the Border-Gavaskar Trophy will begin with a day-night encounter at the Adelaide Oval on December 17, followed by Tests at the Melbourne Cricket Ground (December 26), the Sydney Cricket Ground (January 7) and the Gabba (January 15).

Nick Hockley, CA’s Interim Chief Executive Officer, thanked the Board of Control for Cricket in India for working constructively with Cricket Australia despite the challenging coronavirus pandemic.

“Across all three formats, Australia and India represents one of the great rivalries in world sport and we are delighted to welcome Virat Kohli’s outstanding squad to Australian shores this summer,” Hockley said.

“We have worked closely with the BCCI for many months to bring this tour to life, and I cannot speak more highly of the professional, thorough and collaborative manner with which they have approached this tour in these extraordinary and complex times.

“I would like to express my gratitude to everyone at the BCCI for the faith and support they have shown in the plan we have developed, which we believe will result in a safe and successful summer for all involved.

“I would also like to thank everyone across Australian cricket and our valued partners for working tirelessly to navigate through the challenges to deliver a schedule that will bring joy and excitement to hundreds of millions of fans at home and abroad.

“The safety of the Australian community and all participants is our highest priority and we will continue to work with governments across Australia to ensure the schedule proceeds in line with relevant directions and biosecurity protocols. In relation to the Boxing Day Test at the MCG, we are working with the Victorian Government and the Melbourne Cricket Club on plans to safely host spectators at the iconic event with details to be confirmed in due course.”

India’s squad will arrive in Sydney on November 12 subject to Australian Border Force travel authorisation and the appropriate departure-approvals. The team will quarantine in Sydney prior to the first match of the series on November 27.

*The matches and travel remain subject to any relevant government restrictions or requirements.